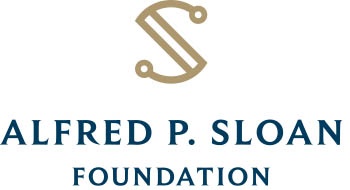 The goal of the Alfred P. Sloan Foundation Film School program is to influence and encourage the next generation of filmmakers to create more realistic and dramatic stories about science and technology, and to challenge existing stereotypes about scientists and engineers through visual media storytelling.

The goal is not to propagandize on behalf of science or to create exclusively positive images of scientists and engineers. Rather, the Sloan program aims to help aspiring, students and professional screenwriters and filmmakers integrate science and technology themes and characters into their work.

The Sloan Grant Program at SCA

The one condition of all submissions is that they portray science and/or scientists in realistic, non-stereotypical ways, and the story does not have to be strictly about science. Sloan is interested in reading about scientists as human beings whether they're fallible or heroic. The stories can be totally fiction or based on an actual event or person.

Science fiction, purely medical stories and documentaries are not eligible. All proposals must be approved for scientific accuracy by a reputable scientist, who is a current or former full-time or part-time USC faculty member or a professional scientific expert from outside USC.

All undergraduate and graduate SCA majors from the seven academic divisions are eligible and encouraged to apply for any of the listed Sloan grants.

Two Production Grants are offered for $25,000 each

Production proposals will include a completed script for a short narrative film, 8-15 minutes in length, a story synopsis, shooting schedule and a budget. Previously completed films will not be accepted.

Two Screenwriting Grants are offered annually for $17,500 each

Screenwriting proposals will include either a completed original feature film narrative script, a television movie script, or a television pilot script that meets the Sloan criteria.

For complete information and application requirements, SCA students should go to the SCA Community site at: https://scacommunity.usc.edu/secure/scholarships/details/sloan.cfm

Each October, SCA presents its annual Sloan Science Seminar whose attendance is mandatory for those planning to apply for one of the Sloan grants. Past topics have included OCD/Phobias, Evolution, Bio-terrorism, Cloning, Memory, Earthquakes, Autism, Virtual Reality, The Oceans, Scientific Ethics and Misinformation, and space exploration, among others. Panelists have included leading scientists and other authorities in their respective fields. The scheduled date for the 2021 seminar is Friday, October 1, 2021 from 4:00pm – 5:30pm.

For those planning to apply for a production grant, previous winning Sloan films from the six participating film school programs are available online at the Museum of the Moving Image - http://scienceandfilm.org/projects

The Sloan Grant is available to undergraduate and graduate students in any of the seven SCA divisions. You must:

Applications are submitted once a year, during the spring.