Cinematographer and USC professor/alumnus Eugene "Gene" Emmanuel Polito passed away on November 28 after a three-year battle with esophageal cancer. 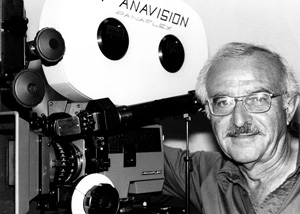 “Gene’s reputation for excellence still lives on at the School,” said Dean Elizabeth M. Daley. Though I did not have the pleasure of working with him, I have heard from numerous alumni, along with past and present faculty members, who had nothing but respect and admiration for him and for his work. He will be greatly missed.”

Born in Brooklyn, New York, on September 13, 1918 to Sol and Frances Polito, Gene was eight months old when his family moved to the west coast, where his father continued his career as a cinematographer for Warner Brothers Studios.

Polito graduated from Loyola High School in Los Angeles, and went on to attend Loyola University and the University of Southern California, earning his Bachelor of Science in Mechanical Engineering. Throughout WWII, he worked as an engineer for Douglas Aircraft.

As the war drew to a close, Polito followed in his father's footsteps, becoming a director of photography. An active member of the American Society of Cinematographers and the Academy of Motion Picture Arts and Sciences, over the course of his 40-year career Gene worked on hundreds of productions. Also an avid inventor, Polito is credited with the invention of the "Polito Bracket," a mounting accessory used by studio photographers. 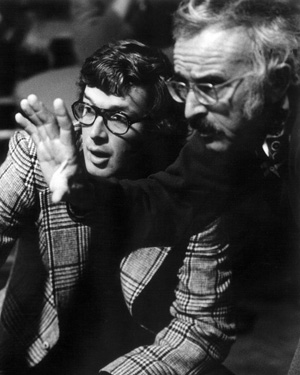 At age 62, Polito became a professor at the School of Cinematic Arts, a calling that gave him great pleasure. He pushed students toward a deeper understanding of core cinematic principles, such as the mathematical derivation of optical formulas so they would understand the science behind the art. His dedication and enthusiasm made him a favorite among film students. He retired from teaching at age 70.

Polito is survived by his wife of 66 years, Lucy, his brother Robert, along with nine children, twenty-four grandchildren, nine great-grandchildren and numerous nieces and nephews.

His funeral Mass will be celebrated on Saturday, December 4th, at 10 AM at St. Elizabeth Ann Seton Catholic Church, 9 Hillgate, Irvine, 92612.

In lieu of flowers, donations in Gene's honor may be made to:
USC School of Cinematic Arts
Office of Development & Alumni Relations
900 West 34th Street
Los Angeles, California 90089-2211