The SCA family has continued its run of award-season success, with four alumni receiving nominations for Academy Awards. Since 1973, not a year has passed without an alumnus or alumna being nominated for an Oscar. 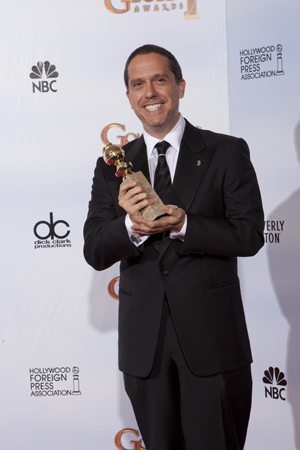 Lee Unkrich who is nominated for best picture, best animated feature film, and best adapted screenplay for Toy Story 3 at the Golden Globes.  Photo courtesy of the HFPA.

“We are always proud to see our alumni recognized for their hard work,” said Dean Elizabeth M. Daley. “They join a long list of other USC School of Cinematic Arts success stories, which serve as an invaluable inspiration for our current and future students.”

The 58th Annual Academy Awards will be held on February 27th at the Dorothy Chandler Pavilion.

Stoeckinger discusses his work on Unstoppable