Respected Director of Photography, Class of 98

Daniel Pfisterer, who graduated from SCA in 1998 and had a successful career as a cinematographer and camera operator, passed away this week. 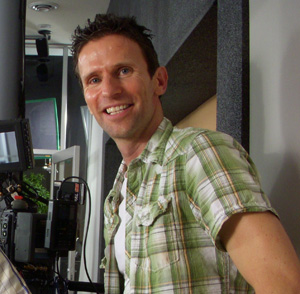 Pfisterer worked as a cinematographer in both film and television, with credits including The Oprah Winfrey Show and Undercover History. He was known for his work on socially conscious documentaries and his calm presence on set.

“Daniel was more than just an excellent DP. He was a fun, warm, comforting presence on the set,” said frequent collaborator and classmate Randy Olson. “When something would go wrong, he'd just smile and say, ‘no problem, don't worry.’ He was the voice of confidence and experience. It hurts me to not be able to work with him again. He was the best and I will miss him."

“I had the pleasure to work with Daniel on numerous broadcast advertising campaigns over the last ten years,” said Jason Wulfsohn, a long time colleague and classmate. “Daniel was not only an enormously gifted cinematographer but also someone who conducted himself with the utmost professionalism and integrity at all times. Long shooting days were invariably enlivened by his wry Swiss sense of humor as well as his warmth and deep enthusiasm for all things cinematic. This tragic loss deprives us of a wonderful artist and human being. He will be very greatly missed.”