‘One Lucky Elephant’ Picked up by OWN

Will Screen in Monthly Documentary Club 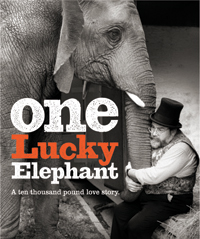 SCA faculty member Lisa Leeman’s documentary, One Lucky Elephant, has been picked up by OWN, the Oprah Winfrey network, and will run as part of OWN’s monthly documentary film club, debuting in spring 2011.

Ten years in the making, Leeman’s film follows the story of David Balding, a circus producer who adopted Flora, an orphaned African baby elephant, raised her as part of his family and made her the star of his show. As Flora approaches adulthood, Balding realizes that she doesn’t belong in the circus, and decides that she belongs with other elephants. However, the road to Flora’s retirement is anything but simple.

An official selection at the Los Angeles, Stella Artois St. Louis and Starz Denver Film Festivals, and the winner of the James Lyons Best Editing Award at the Woodstock Film Festival, the film has received extensive acclaim.

"A parable of pachydermish proportions, One Lucky Elephant is a bittersweet story of man, beast and a very real relationship that makes helmer Lisa Leeman's docu the thinking person's Dumbo,” said John Anderson in Variety, while Sheri Linden of The Hollywood Reporter called it, “a timely, emotionally engaging look at interspecies bonds.”

For a trailer and more information, visit the film's website.