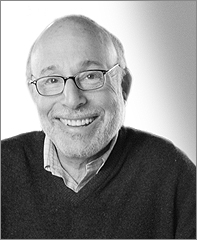 Harris won the 1968 and 2000 Academy Awards for his documentaries The Redwoods and Into the Arms of Strangers: the Kindertransport. He has taught at USC for over 25 years and is the head of the popular Advanced Documentary Course.

The IDA Documentary Awards is an annual event that recognizes and honors outstanding documentary films and filmmakers. Hosted by the IDA's Board of Directors and Trustees, the awards ceremony recognizes significant achievements in documentary filmmaking.

“I'm honored to receive this award. It's a recognition of the importance of the documentary program at USC, which Trevor Greenwood and I started 25 years ago,” said Harris. “Since then, numerous students have concentrated on documentary filmmaking while studying at the School of Cinematic Arts. Some have continued making nonfiction films after graduation; other have gone on to work in fiction in television and the movies. Whatever kind of work they're doing, I like to think that the documentary experience has broadened their experience of the world and taught them a little more about themselves.”