"Learn to trust your sense of taste." 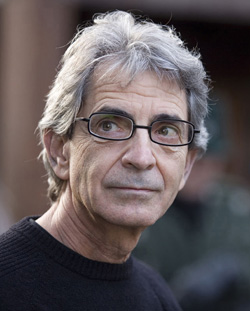 Many students choose to attend film school because of the amazing worlds they experienced in the movie theater growing up. Chances are, visual effects artist and new SCA adjunct faculty member Michael Fink had a hand in creating them. Fink has visual effects credit on over thirty films including Tropic Thunder, X-Men, Mars Attacks!, Braveheart, and Blade Runner. In 2008, Fink won the Oscar for Best Achievement in Visual Effects for The Golden Compass, and was nominated for the Oscar in 1993 for Batman Returns.

Fink will begin teaching CTAN 432, The World of Visual Effects, during the upcoming spring semester. He spoke to us by email about the “wars” he’s been in on set and what students can expect as the world of visual effects transitions into the CGI age.

How did you become a visual effects artist and supervisor? I was a studio artist, creating tableaux that referred to what I hoped were universal difficulties in life and then photographing them. I got my first job in the business as an attempt to find some way to make more money for my art, but was swept up in the collaborative artistic effort that is filmmaking. After about 2 years, the hook was set, and I left my art studio behind. The demands of finding creative, technically challenging ways to solve thorny problems was invigorating. In late 1981 or early 1982, I started on the film WarGames. Actually, I would hang out in the WarGames offices, and go to meetings to offer up whatever I could to help. But, I hadn't been hired, and only got involved because I had a friend in the art department. After a few weeks the producers figured I was worth keeping around, so they offered me a job. In the discussion, they asked me what I should be called, and I said "Visual Effects Supervisor" (I probably made sure the capital letters were felt). 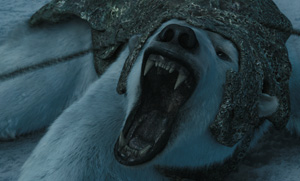 What’s the most challenging part of your job? Any war stories you can tell? The most challenging part of my job is clearly communicating what I want and what is needed to an incredible band of characters - and then getting them to do what is needed. Whether it is dealing with producers, directors, cinematographers, writers, actors, special effects, visual effects artists, computer scientists, or craft service, communication is the most challenging part of my job. War stories? You are joking! I think there are people in this business who do it just for the stories they can tell. Way too many to relate here…Of course there was the time when I was dangling in a basket 1000 feet above the Colorado River...Or the writers on one film who told me that they were waiting for me to finish animating the pre-visualization so that they could write the script...Or the director who said "What's this vision s--t? That's your job!"

Talk about the class you’re teaching. From the description, it seems that you’ll be talking a lot about the history of early visual effects. Why is that important? The class is about way more than early visual effects. We will discuss this, of course, but we'll also discuss current effects as well. I hope to have guests - my compadres who will do short talks featuring one shot, or one sequence, on a film they have worked on. But your question is a good one. I think it's important for students to learn about the kinds of creative problem solving that went on early in film history, and still goes on today. The truth of the matter is that as much as the technology of film has changed, the things we do are much the same as those that were done decades ago. Sometimes going back and looking at these early efforts is not only fun (and funny), but is also incredibly revealing of the creative process.

Do you have any tips or suggestions for students or young people who are interested in pursuing VFX as a career? Learn as much as you can about the creation of beautiful images. Study art, film, and architecture. Spend hours contemplating how the things you like to see become the things you like to see. Learn to trust your sense of taste. Don't decide before you start that you want to do a specific job. Get whatever job you can, throw yourself into it, and find your way from there, always playing to your strengths. Get involved in the kind of projects that capture your imagination, even if it is a low level job. Then keep your eyes and ears open, ask lots of questions, and watch how the people around you do their jobs. I learned more about filmmaking from watching Ridley Scott while I was working on Blade Runner than from any book. And at that point in my career, I was many levels down from daily contact with directors. Be willing to take risks, be persistent in your efforts to succeed, and never say no to a job you don't know how to do (yet). Within reason, of course.