David L. Wolper, producer of the groundbreaking 1977 miniseries Roots, along with over 300 other films, died Tuesday, August 10. He was 82.

“David was an absolute master of his craft, which spanned virtually every part of the media spectrum,” said Dean Elizabeth M. Daley. “His unquenchable thirst for knowledge, combined with an innate understanding of how to engage an audience, allowed him to create some of the most important works of the last sixty years. We are proud to house the David L. Wolper Center at USC, and even more proud to have had him as a friend. He will be sorely missed.”

Born in 1928 in New York City, Wolper attended Drake University in Des Moines, Iowa and the University of Southern California, where he studied cinema and journalism. During his time at USC, he became business manager of the humor magazine Wampus, and was responsible for a publicity stunt for the school play, in which a student dressed up as a gorilla and crashed the 1948 Academy Awards.

Wolper moved into production in 1955, acquiring exclusive Russian space footage from a Soviet agent, eventually turning the material into his first documentary, The Race for Space. It was immediately sold to Shulton, the makers of Old Spice, but the three networks refused to air it. Through his network of contacts at stations around the country, Wolper personally lined up 108 individual stations to carry the film during the same week. The Race for Space

played to critical acclaim, and received an Oscar nomination, along with honors in many film festivals around the world.

Wolper’s company eventually received 9 Oscar nominations for their documentary projects, including four in a row and one win, along with two Peabody’s and over 100 other awards. Time Magazine dubbed Wolper “Mr. Documentary,” and chose his documentary D-Day as one of the Top Ten Television Programs of 1962. In 1972, Wolper’s Hellstrom Chronicle won the Best Documentary Oscar. 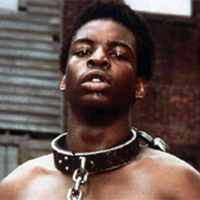 He is best known for his monumental miniseries, Roots, an adaptation of the Pulitzer Prize-winning best seller by Alex Haley, which was seen by over 130 million people in 1977. The series won numerous awards, including 9 Emmys and a Peabody. He also produced The Thorn Birds, North and South and Carl Sandburg’s Lincoln.

Later moving into comedy television series, Wolper had hits with Chico and the Man and Welcome Back, Kotter. Working on dramatic television movies, he focused on fact-based projects, including The Trial of Julius and Ethel Rosenberg and Murder in Mississippi.Willy Wonka and the Chocolate Factory, and the 1997 Oscar-nominated L.A. Confidential.

Theatrically, Wolper produced the 1971 classic,Wolper also produced several major outdoor events, including the extraordinary opening and closing ceremonies of the 1984 Olympic Games, held in Los Angeles. The ceremonies featured what appeared to be a spaceship, hovering above the Coliseum, an illusion achieved with the help of a blacked-out Army helicopter.

The University of Southern California houses the David L. Wolper Center, which contains materials from throughout Wolper’s career, including papers, photographs, contracts, scripts and other memorabilia. These are all available for students, publications, researchers, and the public. Major exhibitions put on by the Center have focused on Marilyn Monroe, Frank Sinatra and John Wayne.

In a 1998 interview with Morrie Gelman for the Archive of American Television, Wolper spoke at length about his life and career.

“I got my philosophy of filmmaking from making The Race For Space and I never changed it from that first show,” said Wolper. “I want to entertain and inform, not just inform and not just entertain. I want to do both in the same piece.”

Wolper is survived by his wife, Gloria, along with three children from a previous marriage, and 10 grandchildren. Private services will be held, with a public memorial pending.