Wins for ‘Wild About Harry’

Collaboration of SCA Alums and Faculty 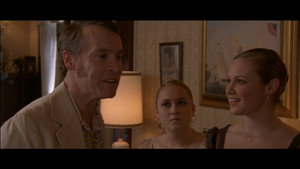 The Best Feature Award included a broad array of free services, rentals and film stock from companies including FujiFilm, Mole-Richardson and Sony. The Best Cinematography Award included a 4-week camera package rental from Panavision, valued at $60,000.

The film, co-written by Mary Beth Fielder ’87, and produced by Wynne and SCA adjunct faculty member James Egan, tells the story of a widowed British father who brings his two daughters to Cape Cod in 1973 to start a new life, but struggles with the implications of keeping a secret from his daughters.

Wynne lavished praise on her collaborators: “Chris is a wonderful DP to work with especially for those directors that cherish the beauty of film and its glory found in shadow and light,” said Wynne.

“Mary Beth has what it takes to make great screenplays and is very sensitive to the material and to the subjects she works with,” said Wynne. “What was wonderful is that we shared the same language in discussing structure and story -- that we both learned at film school.”

Shot in Cape Cod and Pasadena, the production had a tight 21-day schedule, and Wynne pointed to the efforts of “consummate producer” Egan in completing the film.

“He champions the vision of the director and tries to achieve that by whatever means possible,” said Wynne. "’By any means possible’ should be the clarion call for all producers, and it certainly is for James.”

“The number one challenge of working with a first-time director is seeing whether they have a clear vision,” said Egan. “Gwen absolutely had that vision, and it was a pleasure to see it unfold and get better every day we were working.” 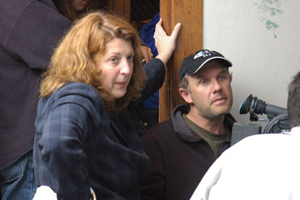 Chomyn, who shot the film on Super 16, using an Arriflex 16SR3, spoke about the aesthetic choice behind shooting Super 16, and the resurgence of the format. “We actually wanted the grain of Super 16, because the film was a period piece. We even shot 2:35 and cropped the image to enhance the grain,” said Chomyn. “But Kodak and Fuji are putting out great new stocks for Super 16, and the telecine and grain reduction technology from places like Arri is getting better and better, so it leaves you with a lot of options for how to create a look.”

“Because of Gwen’s background at USC, she had a wealth of references to pull from,” said Chomyn. “She used a lot of New Wave references for this film, which I’m familiar with as well, so it made it easy to talk about what we wanted to do for each sequence.”

“The great thing about first-time directors is that they’re not afraid to try new things,” said Chomyn, noting scenes that Wynne chose to cover only in master shots, without shooting additional coverage.

“Some of the time, I was worried that we weren’t getting what we’d need later, but she said she didn’t need anything other than what we were shooting,” said Chomyn. “And when I watched the final film, I realized she was right. She made a lot of strong choices, and really stuck to her guns in making those decisions. I think the story and film ended up better because of those choices.”

Wynne is already making plans on how best to utilize her CineGear prize: she’s currently working on a top-secret documentary project called Rewriting Bond, as well as a feature about an Arctic explorer and secret agent for Winston Churchill during World War II.

“The award is a lovely way to say, ‘Keep on going! Make another feature!’”, said Wynne. “And getting the award from these industry professionals meant a great deal to us, especially since they understood what we were going for, which was a homage to films from the late 60s and early 70s: definitely one of the great eras of independent filmmaking. For me, getting an award from professionals in the industry is one of the greatest acknowledgements and gifts.”