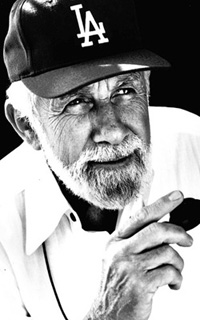 William A. “Bill” Fraker, ASC, BSC, legendary cinematographer/director, and SCA alumnus and instructor, passed away Monday at the age of 86.

With an extensive list of credits including films like Bullitt, Rosemary’s Baby and WarGames, and six Academy Award nominations, Fraker was a highly respected cinematographer, whose contributions to the art form and the industry garnered him a Lifetime Achievement Award from the American Society of Cinematographers in 2003.

Starting in the fall of 2000, Fraker returned to USC as an instructor, where he first taught at the graduate level, but quickly moved to teaching the undergraduate 290 Cinematic Communication course, where he stayed for the rest of his time at the school.

I love working with the young students because they are infused with the enthusiasm for looking at life visually,” said Fraker, in an interview with Bob Fisher and Richard Crudo, ASC, published by the International Cinematographers Guild. “I’m having a great time and feel like I’m doing some good.

“He wanted to have direct access to young people and influence their futures,” said Conrad Hall Endowed Chair and head of the Cinematography track, Judy Irola, ASC. “His students adored him – particularly the young women because he made them feel comfortable with new technologies, and not to be afraid of them. ‘Anything a man can do, a woman can do,’ was his mantra. And he practiced what he preached.”

“We are all heartbroken at this loss. Bill was a true artist behind the camera, who gave the movie-going public some of the most extraordinary images ever captured on film,” said Dean Elizabeth M. Daley. “Our students are incredibly fortunate to have had the opportunity to study under a master like him, whose passion and talent was matched by his generosity and genuine enthusiasm for mentoring.”

“In studying with him, he made me feel I became a part of his cinematic genealogy, that his life's work, his love of both cinema and the Hollywood tradition, and his personal history all led to me,” said Jennifer Akana Sturla, MFA ’04. “That knowledge weighs heavy on me now, as I know it is in my own work that I have to honor him. A great teacher becomes an ancestor, and Bill is mine. I'm humbled and deeply saddened by his passing and I will never forget him.”

Born September 29, 1923 in Los Angeles, Fraker joined the Navy and served in the Pacific during World War II. He attended USC on the GI Bill, and later began work as a photographer’s assistant. His first break as a camera operator came on The Adventures of Ozzie and Harriet, and his first feature credit as director of photography was on Games in 1967. 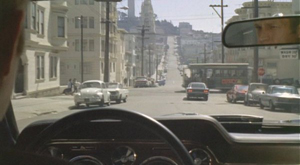 Still from Bullitt (1968)
He went onto compile an eclectic resume that won him widespread acclaim, including Oscar nominations for his work on Looking for Mr. Goodbar, Heaven Can Wait and Murphy’s Romance. His electrifying work on Bullitt earned him the award for Best Cinematography from the National Society of Film Critics in 1968. He contributed additional photography to One Flew Over the Cuckoo’s Nest and served as director of photography for the American scenes in Close Encounters of the Third Kind. He also worked as a director in both film and television, including the 1970 western, Monte Walsh, and on episodes of Wiseguy and The Flash, among others.

Fraker continued working and teaching up until his death: he was in pre-production on a new film with Tippi Hedren called Section B, and taught his last class at SCA only two weeks ago.

“When he became sick a few years ago, and had to miss a couple of semesters, his goal was to get back to USC,” said Irola. “His students went to visit him in the hospital and he was so happy. It is a credit to his devotion to his students that he finished the semester. He is my hero.”

He is survived by his wife, Denise, and stepson Baron. Funeral arrangements are pending.