“It’s not a summer camp, it’s a summer program,” says Gordon, a two-year veteran of the USC SCA Summer Program.  Gordon first attended the program when he was 16, and wasn’t quite sure what to expect at first.  “I’d learned about the program while looking at film schools,” he continues.  “I had done the New York Film Academy, but felt like this was really the next level of production – I was really able to dig deep.” 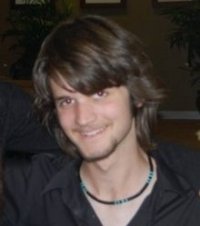 In his first year of the program, Gordon took the USC/Universal Producing and Directing course in which students are able to produce multiple short films on the Universal Studios backlot.  “It was intense,” Gordon says.  “I made three films and failed hard but learned a lot.”  That’s not to say that Gordon’s films were failures, however.  “I’m proud of them.  It was a chance to take a chance and we were allowed to screw up.”

Gordon has a lot of big ideas and epic stories to tell, but he admits that that kind of filmmaking requires a certain mastery of form and technique, as well as a helping of subtlety.  “That first year, I was asking questions like ‘What is my voice?  What makes a Gordon Shoemaker film different from everyone else’s?’” Gordon says.  By the end of that first summer, Gordon was ready to tackle some of these questions, and using what he’d learned, proceeded to do so over the next year.

Gordon returned the next year, enrolled in the Advanced Screenwriting and Insider courses.  He entered his screenwriting class with an epic screenplay in his arms.  “David Balkan [the course’s instructor] showed me how to temper it, cut it down.  Less is more.”  3 drafts and 400 scrapped pages later, Gordon had the groundwork for his epic, citing his professor’s insightful criticisms and advice to ‘always go deeper.’
In the Insider, Gordon learned the ins and outs of the movie business, warts and all.  “Sebastian Twardosz [instructor] brought in managers, agents, festival directors – they dispelled a lot of myths.  We also learned what the process is for selling a script, right down to what’s happening at specific times of day during the process.”

“It made me more knowledgeable as a filmmaker and writer.  I know what sells,” Gordon elaborates.  “Those two classes really allowed me to flourish.”  Going into the program, Gordon didn’t quite expect to learn about his art as deeply as he did, and he even cites the city of Los Angeles as an important factor in his growth.  “You get to fail upwards,” he says.  “I learned how movies work.”