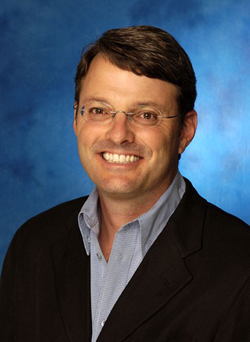 “I’m thrilled to have Bob as the new chair for the Alumni Council,” said Dean Elizabeth M. Daley. “He’s a dynamic leader, a talented businessman, a true creative, and a good friend. I know the Alumni Council is in excellent hands.”

Daley also thanked departing chair Andrew Marlowe, who has served as chair since the Council’s inception in 2004, and will remain a council member. “We’re so grateful to Andrew for his years of service, which were vital to the development of the council,” said Daley. “His leadership was absolutely essential to ensuring that the group had every opportunity to work toward bettering the school.”

Osher brings a wealth of production, finance and animation experience to the table as head of the AC: led by Osher, Sony’s Digital Production division is comprised of Sony Pictures Animation, Sony Pictures Imageworks, and Imageworks Interactive. Since being named COO of the Columbia Pictures Motion Picture Group in May 2004, Osher has been instrumental in setting strategy for the motion picture group and was deeply involved with the worldwide hits Spiderman 3, Casino Royale, The Da Vinci Code, and The Pursuit of Happyness, among many others. In addition, he spearheaded several transactions in connection with the co-financing of Columbia Pictures’ film slate.

Previously, as co-head of Production at Miramax, Osher oversaw the production of the Academy Award-winning films Shakespeare in Love and Chicago. He helped create the hit reality series, Project Runway and received two Emmy Award nominations for his work as executive producer of Project Greenlight. He has served as executive producer on several films, including the Oscar-winning Cold Mountain.

“As members of the Alumni Council, it is our responsibility and pleasure to help ensure that the future, current and past students of USC School of Cinematic Arts have the full support of their fellow alumni in reaching their personal career goals--be it through our support of the job board, mentoring programs, on-going topical presentations, financial help and the like,” said Osher.

At the AC meeting, Osher and the members in attendance discussed an extensive agenda that focused on the potential for the next five years of the industry, with an eye toward how the school and its students can be best prepared for 2015.