Semester Kicks Off With Guest Speakers

By Office of Communications and PR 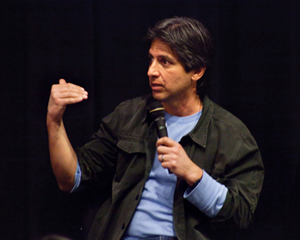 Co-creator/star of Men of a Certain Age, Ray Romano

The School of Cinematic Arts’ spring semester has begun with a bang: the month of January has already featured three remarkable evenings with industry leaders and innovators, who have provided valuable insight for capacity crowds of students, faculty and staff.

Howard Rosenberg’s 467 Television Symposium, held on the first day of classes, January 11, spotlighted the acclaimed new TNT series, Men of a Certain Age, co-created by Ray Romano and Mike Royce. Romano, who also stars in the series, attended the symposium, along with Royce, series writer and SCA graduate, Jack Orman, Stark ’93, and several other members of the creative team. 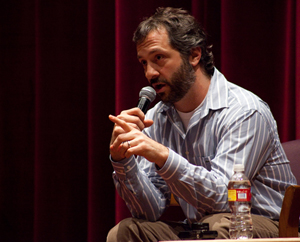 Only days later, on Thursday of that week, Funny People and Knocked Up creator and SCA alum Judd Apatow attended Leonard Maltin’s 466 Film Symposium for a screening of Diner, written and directed by Barry Levinson. Apatow singled Diner out as both a personal favorite, and as a film that had inspired him.

And on the 21st, Maltin welcomed recent Golden Globe winner for Best Screenplay – Motion Picture, Jason Reitman ’99, for a screening of his latest film, Up in the Air. All three evenings featured lively and entertaining Q&A sessions with the special guests, with extensive discussions of the process through which they bring their projects to life, and, in the case of the USC alums, how SCA played a role in getting them to where they are today. 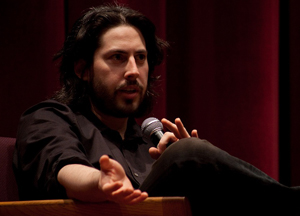 Up In The Air writer/director Jason Reitman