Seasoned producers Michael Peyser and John Watson, whose credits are among some of the most recognized titles in contemporary film, have joined the faculty of the school’s Film & Television Production Division.

“I’m delighted to welcome John and Michael to our faculty,” said division Chair Michael Taylor. “Each of them epitomizes what it means to be a successful producer. I feel confident with their addition that our producing program is elevated to even higher level, and I look forward to the skills and experience that they will impart to a new generation of filmmakers.”

“I’m humbled to compare any enterprise to the accomplishment of teaching,” said Peyser, who’s teaching undergraduates in 480: Producing the Narrative Film and graduates in 566: Developing and Selling Your Film or Television.

With early credits that include Desperately Seeking Susan and Ruthless People, Peyser’s role as executive producer of the recently released U2-3D—the first feature length digital live action 3D movie to debut at Cannes—is being followed up by Laundry Warrior, a new fantasy action film. In addition, he’s in development on the major comedy The Sober Buddy with Jim Carrey and Stuber/Parent Productions.

“There are so many new entertainment business initiatives on the horizon for students to learn,” he noted, saying that every aspect of the producer, production manager and assistant director’s role offers lessons for building the skills necessary to mount movies of any size and scope. 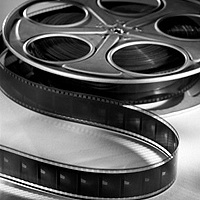 “From receipt of the script through shooting and post-production, it’s important to understand and execute the roles of producer and assistant director,” said Watson, who has over 35 years experience in all aspects of filmmaking and teaches 479: Episodic TV Drama Producing Lab along with the writing section of 551: Planning the Advanced Production.

Along with his partner Pen Densham, Watson founded Trilogy Entertainment Group to focus on feature films, and together the two experienced new heights as producers in 1991 with Robin Hood: Prince of Thieves (which they also co-wrote) and Backdraft. Since then, some of the features developed from scratch under the Trilogy banner and Watson’s supervision have included: Tank Girl (1995), Larger Than Life (1996), Moll Flanders (1996), The Dangerous Lives of Altar Boys (2002) and the upcoming Just Buried. In total, Densham and Watson have written, produced, directed and edited more than a hundred films ranging from short subjects, documentaries, educational films, television dramas and specials, which have garnered over 70 international awards, including two Oscar nominations.

Branching into television in the mid-1990s, Watson served as executive producer on over 300 hours of network and cable television. In addition, he has recently completed screenplay adaptations of Tom Wolfe’s novel I Am Charlotte Simmons and Richard Condon’s An Infinity Of Mirrors.

“No matter what the medium, it’s important to protect the story’s vision,” he added. “What I want my students to come away with that’s just as pivotal, is the strong communication and people skills that are at the heart of forging a successful career in the heart of the entertainment business.”