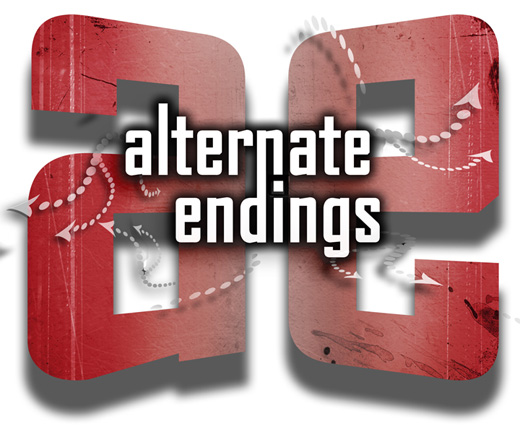 Getting a thesis film written and produced is a daunting challenge for any graduate student, but with a film that encompasses 16 storylines and five different endings, third-year production M.F.A. student Greg Townsend has taken the process to unique heights. Now, after two years in the making, his non linear narrative Alternate Endings is set to be the first of its kind to premiere at the Norris Theatre on April 21.

“I wanted to do something that wasn’t done before,” said Townsend about his ensemble murder-mystery-comedy that follows a security guard on his quest to solve a killing where any of the characters could go bad or stay innocent based on viewer choice. “As soon as you solicit some sort of audience participation it becomes a game, and the biggest challenge was to keep Alternative Endings a movie. ”

Inspired by the popular children’s book series Choose Your Own Adventure, Townsend’s initial script, which he co-wrote with Eli Jorné totaled over 70 pages. With two choices posed to the audience four times throughout the action, the writer/director was fully aware of the magnitude of the production ahead of him and found the trust of his advisor Senior Lecturer Carroll Hodge a pivotal factor in the film’s journey.

“I was excited that a project in a 582 class was pushing new boundaries,” said Hodge, recalling that the diagrams Townsend provided with his script helped her navigate the numerous storylines. “The entire scenario is rich and complex enough that each of the endings is not only plausible but also really comedic.”

“It starts branching out really quickly, and it was essential that every one of those branches make sense when you get to the merge point,” added Townsend, who faced numerous unknowns during the course of the three-week shoot, including the availability of the cast and crew, digital filming resources and a limited budget. Combined with the additional post-production issues of visual effects and scoring for each separate storyline, Townsend had more than his share of  “good days and bad days” along the way. 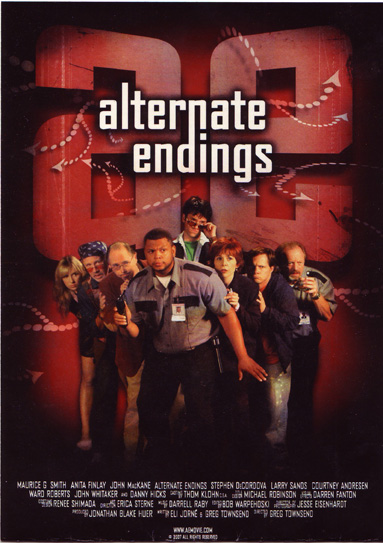 “We tried a lot of things that didn’t work,” he said praising the film’s cast and crew. “Sometimes it got confusing, but the film is capery and fun, and it was important to make the story as easy a ride as possible for the viewer since the delivery method was difficult.”

With the marketing and popularity of deleted scenes and special features on DVD releases reaching new levels, Townsend says his film is an ideal choice for small groups who want to interact with a movie.


Hodge agreed. “Listening to people argue and debate a character’s motivation when they exit a theater is enormously entertaining,” she said. “Who doesn’t like being entertained by other people’s take on the same elements?”

“Now that we’re putting the final pieces together, I’m really exited,” said Townsend, who tackled his other main interest at MIT where he received his undergraduate degree in mechanical engineering. During his Boston days, he and his friends would go on “adventure” treks, taking the city’s extensive subway system to different stops and charting an unknown walking course back to campus.

Asked if those experiences prepared him for his current project, Townsend paused for a moment and reflected.

“We could take so many different paths, and it was always possible to get back home,” he recalled. “The important thing is to always try new ways, otherwise you'll never know what's possible.”