On Thursday, October 20th, The USC School of Cinematic Arts held a screening of the lauded 2022 documentary, The Janes. Directed by Emma Pildes and Tia Lessin, the documentary follows a group of women known as the Jane Collective (officially the Abortion Counseling Service of Women’s Liberation) who helped more than 11,000 women obtain safe abortions in Chicago in the late 1960s to early 1970s. Through their bravery and volunteerism, countless women were able to maintain bodily autonomy and experience the universal right to choose. The Janes documents the journey of several of these ordinary women who answered the call to rise above and take part in something greater than themselves. With the recent overturning of Roe v. Wade, The Janes acts as a remarkable battle cry for activists everywhere.

Following the screening was an exclusive panel discussion moderated by award-winning documentarian and USC School of Cinematic Arts professor Lisa Leeman featuring directors, Oscar-nominee Tia Lessin and Emmy-nominee Emma Pildes. Also on the panel were Diane Stevens, an original member of the Jane Collective; Dr. Brian T. Nguyen, professor of Obstetrics and Gynecology, and Program Director of the Family Planning Fellowship at USC Keck School of Medicine; and Cynthia Sanchez, Clinical Assistant Professor and Clinical Placement Director within the Department of Nursing at USC School of Social Work.

In a platinum age of superhero blockbusters, The Janes proves that empathy, compassion, and bravery are the only secret weapons necessary to save the world. “As filmmakers, we wanted to speak to the visceral fear and triumph while giving the Janes a voice,” said director Emma Pildes. She conceptualized the documentary in 2018 alongside co-director Tia Lessin after noticing increasing efforts to ban abortion. Throughout filming, the directors kept several goals in mind, namely, they sought to strip away the stigma surrounding abortions, bring levity and legitimacy to abortion stories, and showcase the powerful feminist heroes that comprised The Jane Collective. “Activism is saying things out loud with no stigma attached,” concluded Pildes.

Above all, The Janes is a masterclass on the powers of compassion and courage. Throughout the screening, audience members laughed, cried, and contemplated as they watched the dynamic testimonials. Indeed, the engaging interviews paired with found footage and photography acted as the perfect recounting of an era not too different from our own.

“There was so much care involved in the abortions. We were them and they were us,” says Diane Stevens, an original member of the Jane Collective. “Ordinary people can come together and do extraordinary things to make a change.”

The recent overturning of Roe v. Wade provides an unintended undercurrent of tension throughout the film. As the women of the Jane Collective discussed the trials and tribulations they endured to provide safe abortions, one cannot help but realize that we have reverted to the times of bodily dependence and harsh laws that made the Jane Collective necessary. With that in mind, the film acts as a blueprint for future activists who are unsure of where to begin.

As time dictates, some of the original members of the Jane Collective have died. Those who are still here are old enough for retirement, but have picked up the cause once more following the recent Roe v. Wade decision. Those who have passed on did so understanding that they worked to make the world a better place than they found it, and that spurs on their sisters in arms.

The Janes demonstrates that change stems from ordinary people with an intolerance for injustice. It doesn’t take a signal in the sky to summon a superhero, sometimes all you need is empathy and bravery to make the change you wish to see.

The Janes can be screened on HBO. 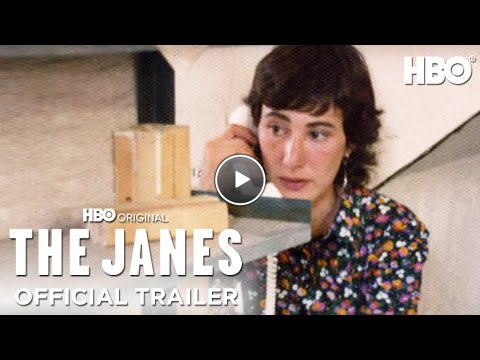