Before starting graduate classes at SCA's Interactive Media & Games Division in 2019, Olivia Peace did not have dreams. Or at least she couldn't remember them. Now, Peace not only experiences "lucid dreaming" on a regular basis; she made her thesis film about the subject.  Last month, that five-minute short, Against Reality, got nominated for a Student Academy Award in the Alternative/Experimental category, which rewards risk-taking projects.

But it was a close call. Peace finished her project in May just one week before earning her MFA. "I was suffering from horrible writer’s block the whole year," Peace explains. "Then one day I was driving down the 10 toward school and suddenly the words started coming. I recorded them into the Voice Notes app on my phone as I drove, and that's pretty much exactly the script that you hear in the film."

Underscored by Peace's narration, Against Reality immerses viewers in a stream of ever-morphing imagery animating memories of her Detroit childhood with visions of stained glass church windows and fruit-dappled supermarkets. Peace talked about her adventures as a filmmaker, world builder, and full-fledged dreamer. How did you develop the concept for Against Reality?

Originally, my two friends and I were going to work together on this fun pandemic documentary interviewing professors from all over the country about their sleep research. But then one of our subjects said “You guys should look into people who use dream circles as part of their spiritual practice.” We started talking about how weird our dreams had become. I learned to lucid dream from my neighbor and found that the more lucid I became in the dream state, the more lucid, thoughtful, and present I became in this world as well. The film pivoted from other people talking about their research to just me talking about my own experience.

What technology did you employ?

I used Google Colab notebooks and generative adversarial networks. I could type what I wanted into the notebook, like "Hammond B-5 organ keys, close-up, dark wood," and that's what it would be. The whole film was made with these machine learning algorithms. Did you study GANs in class?

Wow. Additional to the film itself, your thesis project needed an interactive component. What did you come up with?

I wanted to bring people into the dream space so I literally designed a church on a soundstage. We went out and got a church pew, we got the organ music, we set up the surround sound, blew up the film huge and projected it against this stretchy fabric so people could press their bodies into the film. It was really fun. You previously studied film at Northwestern University and directed Tahara, a queer coming-of-age rom-com named as a Critics Pick by the New York Times. What drew you to SCA's Interactive Media & Games Division for graduate school?

I wanted to learn about virtual reality and I really love world-building. I'd interned at this amazing studio in Santa Monica called Emblematic. Everybody there went to USC [School of Cinematic Arts]. I'd ask them questions about coding and 3-D modeling and they said I should just go to school here. At IMGD, I realized coding was like any other kind of language: you have to practice and make a mess. I had time to find my own voice and my own style, and then I had the space to create my own piece. 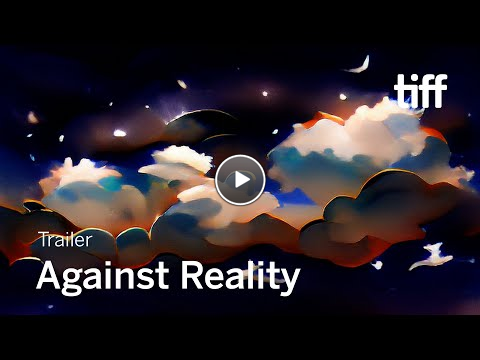