Media Arts + Practice undergrad Danielle Takahashi ('23) took advanced biology classes before college that laid the foundation for her arts-based research on bees, mycelium, and kelp. However, months of intensive exploration of those topics recently earned Takahashi a Hedy Lamarr Achievement Award for Emerging Leaders in Entertainment Technology. Named after the Hollywood actress/scientist whose inventions paved the way for wifi technology, the prize, including $10,000 cash, will be handed out this fall by a consortium of media and tech companies called Digital Entertainment Group.

"It was super exciting when they sent me the email telling me I'd won," says Takahashi. Raised in the Bay area, she focused on STEM studies in high school but enrolled at SCA to develop her media-making skills. "Ever since childhood, I've liked to build things with my hands and draw and do crafts," Takahashi explains. "When it came to picking a college major, instead of choosing between those two opposite-seeming things, I wanted to combine my interests." Speaking over Zoom, Takahashi unpacked the science behind her artmaking success.

What inspired your short documentary about kelp? 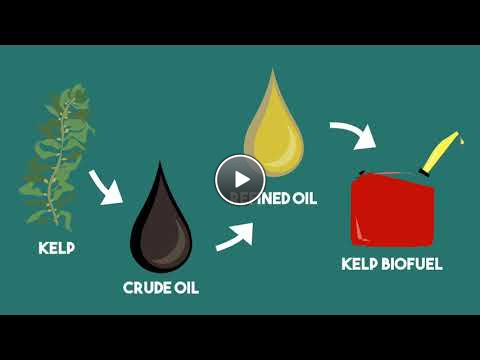 I got into 3D modeling but still want to be connected to the world of science, so after my freshman year, I talked to Professor Kathy Smith, who runs the Science Visualization minor. She connected me with people at the USC Wrigley Institute for Environmental Studies. I visited the Institute on Catalina Island and stayed over for a few nights learning about their bio-fuel project. It's about using drone-powered elevators to grow kelp faster by bringing it to the ocean's surface during the day for more sunlight. I did all this research and wrote a story about this little girl who grows up worrying about climate change, and that motivates her to invent this kelp elevator.

Usually, solitary bee houses are just wooden boxes with reeds inside where a bee can lay its eggs. When our group got picked to compete in the Bio Design Challenge, we wanted to make an improved version out of fungus mycelium, the root part of the fungus, because it boosts the bee's immune system. Brad Manucha's an architecture major so he made this cool-looking design. We got this sawdust tanbark mixture with mycelium growing in it to nurture microbiota in the bee's gut. Mycelium also breaks down a main component in pesticides. If you put this bee house on a farm, it not only provides a shelter for the bees, it also micro-mediates the soil.

You're on track to graduate from SCA next spring. Then what?

My current plan is to be a 3D generalist for games, doing 3D modeling, character sculpting and visual effects. I've just finished an internship at the Concept Art House, which makes art for games and NFT stuff. I also hope to continue in bio design.

Having won this award named in her honor, do you consider Hedy Lamarr a role model?

One of the best things about Hedy LaMarr was her willingness to take inspiration from nature. She modeled plane wing designs after some birds that she saw. That's the kind of thing I strive for in my work: taking inspiration from nature, studying existing research and thinking about how we can project that to a new future.