Writing duo Kuba Soltysiak ’18 and Tim Schauer ’18 graduated from SCA’s BFA in Film and Television Production. The two share a passion for comedy, having collaborated on comedy shorts Mark Becomes a False God (2016) and John F. Kennedy: The 60 Minutes Interview (2015) while attending USC. Kuba and Tim most recently co-created the Netflix miniseries Boo, Bitch, which stars Lana Condor and is currently streaming on the platform. Kuba and Tim join us today to discuss their collaborations over the years and their recent breakthrough into the film industry.

You collaborated on multiple projects together while at USC. How did this collaboration come to be and how has it evolved over the years?

KUBA: We actually first worked together during our first week at SCA while playing the Reality Ends Here game. We discovered that we have a similar sense of humor and have been working together since then in a variety of different roles – I acted in several of Tim’s projects, he edited some of my projects, and we also worked together as co-DPs towards the end of our time at USC. Writing started as something we originally did together on the side, but it has become our main collaborative focus over the years.

How do your filmmaking experiences differ when collaborating together versus working independently?

TIM: We would never work independently from each other.

KUBA: We ride together, we die together.

How did your studies at SCA prepare you both to take on various roles (director, writer, etc.) as filmmakers?

TIM: One of our favorite things about attending SCA was getting the opportunity to try out all aspects of filmmaking, which has been a huge boon to our writing. Our cinematography and sound courses taught us new ways to think about using visuals and audio in scripts. Some of the best writing advice we’ve ever received came from our comedy directing practicum with Barnet Kellman.

You both came up with the story for Boo, Bitch. Where do you both find inspiration when writing stories?

KUBA: Like any writer, we pull from our own experiences. Personally, I find myself inspired by being raised by two eccentric Polish immigrants and having attended a Quaker high-school in Rhode Island (even though I’m not Quaker). Translating awkward and even painful life experiences into comedy is the best part of the job! 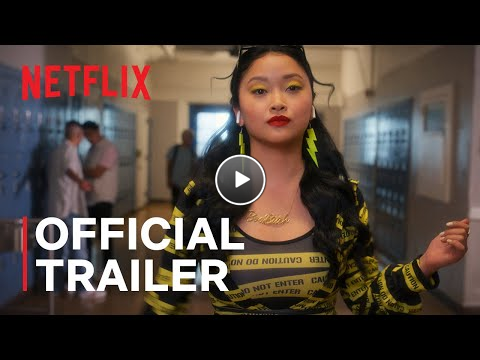 What was it like producing Boo, Bitch with other writers and actors?

TIM: We were lucky enough to work with an amazingly talented group of filmmakers and actors. It was an unbelievable experience seeing how each person brought their own unique ideas and perspectives to the project. It can be a little nerve-wracking at first when other people become involved on a project you’ve been working on alone for years, but our showrunners Lauren Iungerich and Erin Ehrlich were incredible collaborators since day one. We always felt the show was in great hands with them and the team they put together.

You both also acted in Boo, Bitch. How have your acting experiences enhanced your perspectives and skillsets as filmmakers?

KUBA: I have always loved acting! Something I learned from this experience was that even if you’re a Co-Creator on the show, you still have to audition for the parts!

TIM: I learned that acting is absolutely terrifying and I have a tremendous amount of respect for anybody who does it.

The industry is rapidly changing with streaming services dominating the market. How did working with Netflix present opportunities that might not have been possible elsewhere?

TIM: One of the coolest things about working at Netflix and for a streaming model was being given the latitude to focus on telling a season-long story.

As newcomers to the industry, are there any challenges you’ve both encountered that were unexpected?

KUBA: We sold the project right before COVID, so the biggest unexpected challenge was having to work remotely through so much of the project. We actually never met our showrunners in-person until more than a year after we started working with them. What advice would you both offer to current students or graduates who want to enter the industry?

KUBA: Make lots of friends and don’t take projects too seriously. At the end of the day, the industry comes down to storytelling: it’s a bunch of adults playing pretend. It’s ridiculous, fun, and COLLABORATIVE. Filmmaking is a team sport - ALWAYS be open to engaging with new ideas.

What’s next for the two of you?

TIM: We’re continuing to write and develop original projects, while also looking forward to being a part of more writers’ rooms.