Erich Rettstadt ‘16 is a queer filmmaker driven to bring inclusive and escapist stories to the screen. Since graduating from USC’s MFA in Writing for Screen & Television program in 2016, Erich moved to Taiwan, where he currently resides. His most recent work is his musical short Tank Fairy, a coming of age fairytale about a ten-year-old who receives a visit by the magical Tank Fairy and learns to embrace his truest self through the art of drag. Tank Fairy went on to win the Midnight Shorts Audience Award at SXSW this year. Erich joins us today to discuss how his studies at USC prepared him as a filmmaker, finding inspiration in Taiwanese queer creatives, and his experiences with the festival run of Tank Fairy.

While at USC, you studied screenwriting in the graduate Writing for Screen & TV department. In what ways did your studies shape you as a filmmaker and help to develop your writing process?

After graduating with a BFA in Film Production from a certain Greenwich Village-based university that shall remain unnamed, I felt far more confident in my abilities as a director than as a writer. The sense that something was lacking from my artistic arsenal, so to speak, is what led me to apply to USC. I’m a Capricorn- a meticulous, goal-oriented perfectionist. The idea of giving up two years of my life in exchange for a crème de la crème boot camp in the art of screenwriting was too tantalizing an offer to turn down. What I didn’t expect was how the MFA Writing for Screen and Television program would distill my voice, not only as a screenwriter, but as a queer creative. Aaron Thomas empowered me to walk into generals with an unshakable sense of my own ability. Trey Callaway taught me how to imbue my individual artistic identity into the DNA of a pitch. Mark Shepherd educated me about the building blocks of structure and character. Mary Sweeney swept the rug out from nearly everything I’d been taught in the best possible way. Throw in the Mafia network, some lifelong friends, and you truly can divide my filmmaking career into a before and after my time on the third floor at SCA.

You currently live in Taiwan. How has living there and working with Taiwanese artists influenced your filmmaking?

Living in Taiwan for the past five years has forever transformed my approach to filmmaking- reinforcing the importance of collaboration on all levels, while infusing my artistic path with an urgency to tell stories that uplift underrepresented voices and speak to the universality of the human experience. The bonds I’ve forged with queer Taiwanese artists have taught me how looking at life from different perspectives can supercharge the creation of meaningful art. I’d encourage all young artists to live abroad, learn a new language and escape the machinations of Hollywood, at least for a minute. Forgo the talent agency mailroom and develop interests and friendships outside of the industry. In the words of Michaela Coel, “do not be afraid to disappear.” There’s so much more to life than our careers, an outlook that I admittedly still struggle to hold onto amidst the never-ending influx of emails and deadlines. 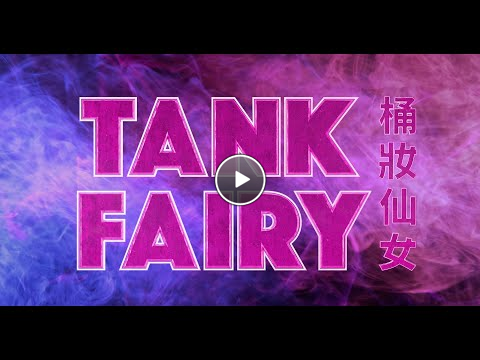 You took on the duties of writing, directing, and editing Tank Fairy. What was it like making your short film? Did you face any difficulties in the filmmaking process and how did you troubleshoot?

Tank Fairy is the first narrative short I’ve made in a decade, so there was definitely a reacclimating of sorts to get back in the directing saddle. Fortunately, I was surrounded by an incredible team who believed in what we were trying to accomplish with the project — craft a coming of age narrative that would resonate with international audiences of all ages, pay respect to a distinct facet of everyday life in Taiwan and create a new platform for queer Taiwanese artists, including our leading actress Marian Mesula, one of Taiwan’s most well-known drag queens and trans performers.

One of the biggest challenges I faced making this film was how to put the art of drag in conversation with the art of cinema. Tank Fairy was, in part, born out of a desire to expand the limits of drag representation in scripted content. When we think of how drag is currently represented in film and television, we think of reality and documentary formats where a performer’s transformation in and out of drag is emphasized- but this is only one angle from which to view the dynamic art form. Creating a characterization of the fictional Tank Fairy that stayed true to Marian as an individual artist, but also fit with the story was an exciting challenge to navigate.

Inspired by John Waters and his collaborations with Divine, I’m eager to continue casting drag performers as bona fide characters within scripted content. The synthesis of drag and narrative storytelling creates critical opportunities to question social norms, foreground trans, queer, and BIPOC narratives and to provoke and engage the viewing public.

Tank Fairy draws on elements of dance and music. What artistic mediums inspire you the most in your filmmaking?

Music, theater, dance, drag and more! Inspiration exists anywhere and everywhere, hidden in an underground dive bar drag show, buried in the New Music Friday playlists, on stage with Swan Lake at the Metropolitan Opera, in a death-defying Olympics figure skating routine or in the latest pop diva stadium tour extravaganza. While music is certainly my biggest inspiration (I always create a project-specific playlist to propel me forward when I write), the key to nourishing my own creativity lies in consuming a diversity of content and staying curious about the world around me. Tank Fairy would never have existed if I hadn’t had been in the audience for Marian’s jaw-dropping shows at Cafe Dalida, a legendary Taipei gay bar and mecca of drag. It was only after witnessing her performances week after week that inspiration struck to build this project in collaboration with the Taiwanese queer community.

Tank Fairy is about self-discovery and authenticity. What is your process for creating characters that reflect these themes and are true to yourself?

Generally speaking, I use the same process to develop every character that I write. First, I’ll identify the essence of the character, which is usually inspired by fragments of individuals in my own life. Then, I’ll develop an extensive biography or background for that character, which helps create a necessary distance from the source material. Finally, I'll put the characters in conversation with one another and let those interactions lead me to the story. For me, this process allows for an organic authenticity that, in the best case scenario, will help me learn something new about myself- as the characters grow, I’ll grow too. Writing can be absolutely infuriating, but, in those culminating moments, it can also be so therapeutic.

Another key component of my creative process is to have a touchstone (a song, an image, a clip, a quote, it could be anything really) that encapsulates the themes or ideas of whatever I’m writing. It’s important to craft stories that you want to see on screen, so if I’m ever lost or doubting my vision, I’ll return to that touchstone to remind myself why I’m telling the story in the first place.

How was the process of getting your film submitted to festivals?

Overwhelming, but incredibly rewarding. Tank Fairy has now been accepted to more than thirty five festivals across twelve countries and five continents. We’ve been programmed in queer festivals, family festivals, fantastic festivals and more. I mention the diversity of our programming to (*putting on my producer hat*) encourage filmmakers to develop short films with a festival application strategy in mind. Beyond that handful of top tier domestic festivals that we’ll always apply to, what category of festivals are you planning to target? If you’re still writing or developing an idea, is it possible to diversify the focus of your short, thus opening you up to a whole new category of festivals? Of course, we must first and foremost stay true to our characters. I wouldn’t encourage putting the cart before the horse. Through my festival circuit journey with Tank Fairy, I’ve learned that there are many genre-specific festivals around the world that present wonderful opportunities to connect with industry professionals who share your tastes and could open unexpected doors for your career.

You won the Midnight Shorts Audience Award at SXSW this year. How did your experience at SXSW inspire you and your future plans for Tank Fairy?

The forward-thinking, multi-disciplinary emphasis on music, film and comedy made SXSW the perfect setting to premiere Tank Fairy. I’m still over the moon that festival audiences voted to present us with the Audience Award! The overwhelmingly positive reception to the film served as an invigorating reminder of my own creative mandate: to produce inclusive, escapist, irresistible art that promotes love and understanding. We hold such power as content creators; shivers go up my spine thinking of all the subversive ways that we can wield creativity as a vehicle for change.

Tank Fairy is actually a proof of concept for a half-hour musical comedy anthology series that I’m developing with my partner Tai Chin. The series expands upon the short by building a world of drag queen and king protagonists that occupy everyday Taiwanese settings — a pork vendor in a traditional market, workers in high mountain tea fields, pole dancers who perform at funerals and more. In future seasons, this anthology format will be replicated in other countries to showcase local queer performers and share celebratory, culturally specific stories that affirm our common humanity. I like to think of it as…the Tank Fairy Cinematic Universe!

What types of LGBTQ+ stories do you want to see being told on the screen in the future?

I want to focus my creative energies on producing stories that center queer joy. With the wave of anti-trans legislation currently sweeping the nation, it’s impossible for me as a queer creator to ignore these egregious attacks on the rights of trans and non-binary folks by power-hungry, fear-mongering politicians. While we all must stand in solidarity and fight back against this blatant assault on human rights, it’s also important to remember that joy is something that can never be taken away from us as queer people. I want to create art that reminds the world of that joy.

What advice would you give to aspiring filmmakers?

Not exactly career advice per se, but career-adjacent: success in life isn’t defined by the scope of accomplishments, but by the quality of relationships. Play the long game, be gentle with yourself and find a good therapist. Oh, and for heaven’s sake, tip your drag queens and kings!