The USC School of Cinematic Arts returned to the Shrine Auditorium for its 2022 Commencement Ceremony on May 13, 2022. After two virtual graduation celebrations, SCA was thrilled to be back in person to celebrate and send off the newest members of the SCA alumni community.

Visionary filmmaker and SCA alumnus, Matt Reeves ‘88 (The Batman, Dawn of the Planet of the Apes, War for the Planet of the Apes) delivered this year’s Commencement Address. Reeves, who earned a BA in Film & Television Production from SCA, shared a detailed and riveting account of his career journey within the entertainment industry, encouraging our graduates to, “find a story that you have to tell – your story… it has to reflect your point of view. Your voice. And once you find that story, don’t take no for an answer.”

In an industry full of passionate and talented artists with no clear path to success, Reeves reminded the Class of 2022 of the reason so many fell in love with storytelling in the first place saying, “Storytelling is a fundamental human need. We need stories to make sense of the world… Cinema illuminates what it means to be human. Cinema brings us together and right now, we desperately need that.”

Believing now to be the best time to enter the entertainment industry, Reeves closed his address with the following note, “We need your unique voices. We need to see the world from your points of view. We need to learn from you, be entertained by you, and be inspired by you.” In addition to Reeves’ address, the SCA Class of 2022, had the privilege of hearing from Emmy-nominated, and Peabody and Golden Globe-winning producer, writer, and director, Prentice Penny ’95 (Insecure, Corked, PAUSE with Sam Jay), who is this year’s recipient of the School’s Mary Pickford Alumni Award, which recognizes contributions to the media industry. Penny who earned his BFA in Writing for Screen & Television shared candid truths about his upbringing and early career life that many students will resonate with.

“As I was sitting in your shoes, the one statement I didn’t realize I would need to hear the most is, you don’t know why you go through stuff” stated Penny. After nine years of pursuing his passion of working in entertainment while working odd jobs to make ends meet, Penny realized, “The question wasn’t, why am I going through this?... The question I should’ve been asking myself was, what can I learn while I go through this?”

Reframing this question allowed Penny to readjust his perspective and hone in on what each experience was there to teach him. And it was this advice that he left the graduating Class of 2022 with, “when you find you’re asking yourself, why am I going through this? Keep your head down, persevere, and just be confident that life will always answer the question soon enough.”

The USC School of Cinematic Arts congratulates and welcomes the Class of 2022 to the alumni network, and wishes them success in their professional careers. Fight On!

Matt Reeves came to feature film prominence as the director of the acclaimed science fiction horror hit Cloverfield. The modestly budgeted film set a domestic record for January releases and went on to gross over $175 million worldwide. Since then, Reeves has found continued success in both film and television.

In March, Reeves’ latest film, The Batman, starring Robert Pattinson and Zoe Kravitz, was released earning both critical and box office success, and is currently the highest-grossing film of the year. It was directed, co-written, and co-produced by Reeves. 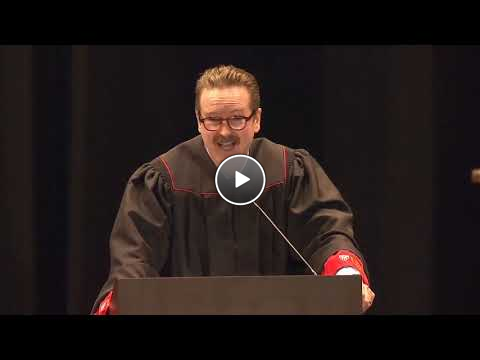 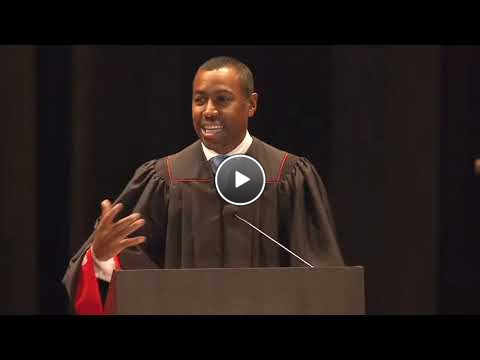 School of Cinematic Arts Board of Councilors members Ron Howard and Brian Grazer, and recently retired Board Chair Frank Price, also all received honorary Doctor of Fine Arts degrees at the main USC commencement ceremony, on the morning of May 13th, in its traditional Alumni Park location on the main university campus.