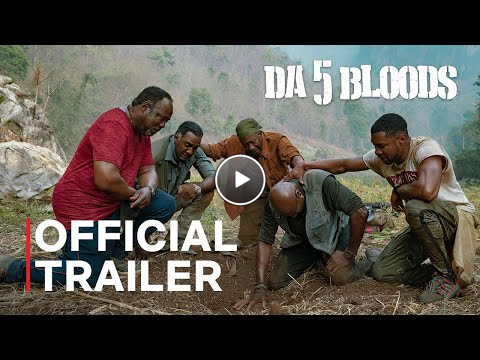 USC Games director Danny Bilson says he'll be proud to see his writing credit appear on Da 5 Bloods when Spike Lee's new Netflix movie starts streaming June 12. After all, he and longtime collaborator, the late Paul DeMeo, came up with the film's premise: Vietnam vets reunite in present-day Ho Chi Minh City intent on retrieving gold they'd left behind in the jungle decades earlier during the heat of battle. Bilson, who also chairs the Interactive Media and Games Division and teaches at USC School of Cinematic Arts' John Wells Division of Writing for Screen and Television, believes Lee's re-tooled version of his screenplay addresses racism in ways that resonate with uncommon power in the current Black Lives Matter moment. "It's incredibly timely, and definitely a Spike Lee joint," Bilson says. "Paul and I both felt really honored as white writers to be able to participate in Da 5 Bloods."

Before Lee put his black-centric spin on the screenplay, Bilson and DeMeo, inspired by tales they'd heard decades earlier in college, called their script The Last Tour. "It goes back to when Paul and I met at Cal State San Bernardino in the mid-seventies," Bilson says. "There were three [military] bases nearby so a lot of guys in our dorms and classrooms were Vietnam vets. Sitting around at night, they'd tell us stories from the war, and it was pretty powerful. Ever since then, Paul and I wanted to do a Vietnam piece."

But first, they broke into movies with their 1991 action adventure screenplay for The Rocketeer, followed by TV series The Flash, Viper and The Sentinel. Along the way, Bilson and DeMeo collaborated with Richard Pryor on a never-produced feature script featuring Vietnam vets. "It was about these guys who came back from the war, and then went down to Central America," Bilson says.

In the late 90s, Bilson transitioned into games at Electronic Arts, where he and DeMeo wrote franchise hits including 2002's James Bond 007: Nightfire. He started teaching game narrative at USC in 2005 and three years later joined THQ as VP of Production. In 2013, Bilson took a break from gaming to craft the script that would become Da 5 Bloods. "I'd just come out of this job in the gaming industry thinking about how this generation [of vets] were not taken care of. For Paul and I, it was always a desperate men story about 60-year old guys who have no business hiking into the jungle looking for money, and then it all goes bad. There was a little bit of Treasure of Sierra Madre in that first draft: what does gold do to people in terms of greed? And going back into the jungle triggers PTSD for one of our characters, so there's a lot going on."

Bilson and fellow SCA faculty member DeMeo churned out their first draft in just three weeks, drawing on a considerable "knowledge base" about the Vietnam War. "Between growing up watching the war on TV, going to school with veterans, and doing research on the earlier [Richard Pryor] project, Paul and I knew that the CIA paid gold to Montagnard tribes, for example, so we just applied those details to the story." They also incorporated feedback from their mentor John Milius, the USC alum who co-wrote Apocalypse Now. "In having our characters go up the river and all of that, Apocalypse Now was very influential," Bilson says. "The original ending was pretty dark." Lee and co-writer Kevin Willmott (BlacKkKlansman) kept the search-for-gold framework but re-wrote the central characters as African Americans struggling to absorb the impact of American racism during, and after, the Vietnam War. Noting the film's references to Martin Luther King, Malcolm X, Black Panther Angela Davis and the Black Lives Matter movement as counterpoint to the vets' quest, Bilson says "What Spike did with our script is phenomenal because he took what we wrote and put his voice on it in a big way."

Two weeks after Bilson received Lee and Willmott's re-write in 2018, DeMeo died. Bilson reflects, "It was pretty horrible. Paul was my partner for 40 years. He was a huge Spike Lee fan so I know he was really proud to be part of this  project. One of the last things he said to me was, I just want one more credit."

With Da 5 Bloods firmly situated on his resume, Bilson continues to practice what he preaches to his SCA writing students. By night, he's been writing a straight drama and collaborating on a comedy with former USC student Tarik Jackson MFA '13. By day, Bilson leads the charge for the Interactive Media and Games Division. "When I took this job four years ago, the department had been created by Tracy Fullerton so I've been building on top of that foundation," Bilson says. "For me, it's been about broadening the portfolio a bit by bringing more industry relationships, industry processes and marketing concepts into the department. We constantly encourage our students to innovate because we want to create a really solid career path for our them into the industry. It's very important to me that students get the jobs they want when they graduate."

As for his direction of the nation's number one-ranked video game design program, Bilson says he champions a hybrid approach for USC Games informed by his experience as a Hollywood storyteller. "I've had this weird journey - -  movies, 165 hours of TV, a lot of games, comics, and teaching. Story is story is story, but there are important differences between games and traditional forms."

Communicating the unique virtues of game narrative through seamless multi-disciplinary curriculum rates as a high priority for Bilson. "The School of Cinematic Arts' joint program with the Viterbi School of Engineering has been a huge effort in terms of my time," he explains. "We've been bringing students together to change the face of the classes so that engineering students and cinema students all work together in a constant flow, rather than it being one or the other, cinema or engineering. Everything we do is geared toward that goal of inspiring and educating the next generation of leadership for the game industry."