USC student Justine Sophia is leading the way for fellow SCA students to use their talents in order to bring awareness to the many social issues of modern time. Justine Sophia is the creative director of “Mondays at the Mission”, a weekly career and life-skills mentor based program for teenagers age 12-18 living at the Union Rescue Mission shelter. “Mondays at the Mission” has hosted over 300 guest speakers from 39 countries who have visited to share their story, motivate and inspire the students and encourage them to follow their dreams, stay in school, and learn about positive thinking to reach their highest potential despite navigating the challenges of homelessness.

As part of running the program, Justine trains new mentors, collaborating with the Joint Education Project (JEP House) who had an initiative called “Understanding Homelessness Through Service.” USC students would commit to a semester of volunteering as mentors to homeless youth age 12-18 every Monday in exchange for credit with JEP. USC also sent exchange students from China to volunteer at the shelter.

Justine Sophia is the founder and executive producer of “Project Blindfold”, a grassroots movement to bring more opportunity and resources for youth experiencing homelessness, engaging USC volunteer students with an opportunity to bring awareness to this important social issue.

Justine Sophia and Class at Mondays at the Mission

We asked Justine a few questions about Project Blindfold and the recently released music video meant to bring awareness to the issue.

How did the Project Blindfold Campaign first originate?

After volunteering for seven years on Skid Row, I saw first-hand how much need there was for more life changing opportunity available to the children. I saw firsthand how many people were part of systemic inter-generational poverty and the failed systems that are not serving all human beings. Project Blindfold was born out of that need.

Homelessness is not a one size fits all stereotype. There are many reasons why people fall into homelessness, but what people don’t often know is that there are many children and families going through homelessness. This music video tells the truth of what we do not see, and is why it is called Project Blindfold. Where did the idea to create a music video as a “call to action” first come from?

Project Blindfold is a grassroots community movement to help bring resources and opportunity to youth and families experiencing homelessness. We invite the community to remove their Blindfold’s and become empowered and inspired to give back. The music video is a tool to spread awareness and recruit a powerful community movement to change the narrative.

Why do you think film is the best medium to create this call to action?

Through hip hop, dance and art, the Project Blindfold Music Video tells the story from the point of view of a child, starting in the streets of Skid Row which is an area known for drugs and crime. The film ends on the rooftop of the Union Rescue Mission homeless shelter, with 57 bodies spelling out the word HOPE which demonstrates visually how much more we are capable of when the community comes together as one. What is happening to these children is unacceptable and is a sign of a broken society. Housing should be a human right and no child should ever have to go through this painful and traumatic experience.

We live in extremely dynamic times and there is a lot on the line that will affect future generations. Therefore, all media has the responsibility to resist, or to speak to a higher truth in our collective consciousness. In International film movements we see the “camera used as weapon”. I hope that this film will inspire USC students no matter their genre, to strive to produce films that are connected to some kind of social realism that creates new paradigms, narratives and conversations in society. What goals do you have next for this campaign? Do you have any upcoming projects?

My goal for this campaign is to build a fierce team of Project Blindfold ambassadors, people who will act as eyes and ears in Los Angeles on behalf of the children so that if they encounter anyone who is interested in helping. Project Blindfold can connect them directly to a family experiencing homelessness. Another goal is for artists, scientists, and politicians to stay in dialogue and have Project Blindfold be an opportunity for collaboration and overlap between these three fields. The solution to solving homelessness and ending childhood homelessness forever will come from these three groups working together.

I thank the Good Company, Jaquel Knight and all the artists for donating their services to make the video. Music video Project Blindfold can be found below. 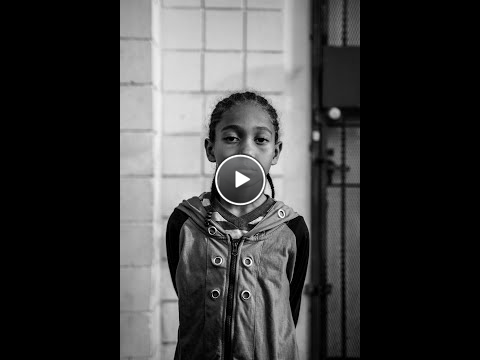 Sophia Justine is currently earning her BA in Film and Television Production at the University of Southern California’s School of Cinematic Arts. It is her goal to create socially conscious films and continue to create engaging and meaningful content.