Followed by a Q&A with Mark Pedri, Carrie McCarthy, and James Craft 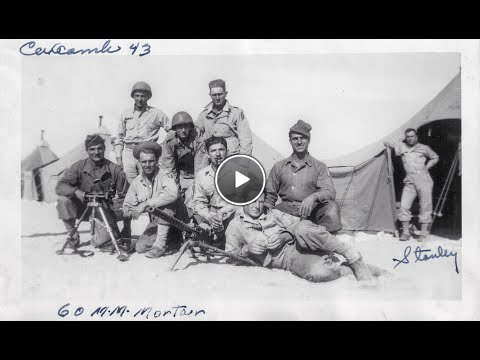 Filmmaker Mark Pedri had never heard his grandfather Silvio’s story despite spending nearly every day together for 10 years. It wasn’t until after Silvio’s death that Mark found an archive of old photos, letters, and documents detailing Silvio’s journey as a Prisoner of War (POW) in World War II. The discovery inspired Mark to bike over 500 miles across Europe, following the original Prisoner of War transportation routes, in an effort to tell his grandfather’s story and better understand the man who helped raise him.

Mark Pedri is an expedition-based documentary filmmaker and writer from Southwestern Wyoming where he tells stories from off the beaten path. Mark founded Burning Torch Productions in 2011 to focus on character-driven stories from the backcountry and backroads of the world. His films have played at international festivals, on national PBS, and in screening tours around the world. Prior to making films full-time, Mark managed the Episodic Storytelling program at Sundance Institute. Mark has an MFA in Producing from the University of Southern California and an MA in Communication and Journalism from the University of Wyoming. For his most recent film he cycled across Germany to retrace the route of his grandfather who was a Prisoner of War in WWII.

Carrie McCarthy, PhD is a scientist turned producer from Rock Springs who got her start working as a scientific film consultant on documentaries. During her time in academia, Carrie was awarded a grant from the National Science Foundation to fund her research, which has been published in several peer-reviewed journals and presented at conferences worldwide. She now runs Burning Torch Productions with her partner Mark where she produces documentaries, feature-length, and episodic content focusing on character-driven non-fiction stories. Her films have won awards at film festivals around the world. Carrie has a PhD in Materials Chemistry from the University of Southern California. Though she has no fixed address to give, she calls Los Angeles and Wyoming home.

James Craft is a LA-based composer known for writing scores for documentaries, visual art, and narrative driven films. Upon moving to Los Angeles from New York, where he worked as the lead singer for La Strada, James worked in studios, assisted award winning composers, and wrote for commercials and TV. James is a graduate of San Francisco Conservatory of Music and the Film Scoring Program at the University of Southern California. He has studied under Emmy Award winning and Oscar nominated composers such as Bruce Broughton, Christopher Young, and Garry Schyman.