Women In Media (WIM), Outside the Box [Office], and Kino Lorber,
invite you and a guest to attend Followed by a Panel Discussion featuring:

Please join us before the screening to meet up with old friends and new colleagues over an early dinner and drinks at Greenleaf Restaurant. You do not need to be a WiM member to join us for networking and nibbles or the screening. 20% of your food and beverage purchases will be donated to Women In Media by the restaurant. Please mention us when you place your order, or present the digital flyer that we will be emailing you.

If you would like your contact information shared with the group for further networking outside of this event, please opt In on the RSVP form.

We will walk from the restaurant to the screening as a group (about 6 minutes). Women In Media Members will have VIP reserved seats at the theater.

RSVP FOR NETWORKING AND NIBBLES HERE. All are welcome – the more, the merrier! 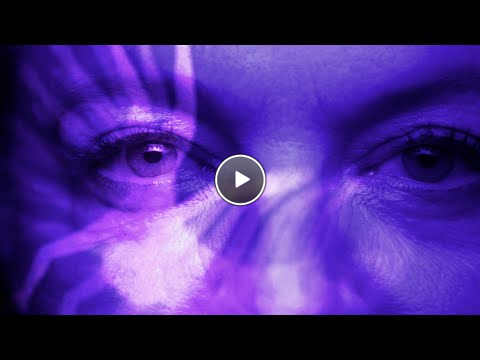 In this eye-opening documentary, celebrated independent filmmaker Nina Menkes explores the sexual politics of cinematic shot design. Using clips from hundreds of movies we all know and love – from Metropolis to Vertigo to Phantom Thread – Menkes convincingly makes the argument that shot design is gendered. Brainwashed: Sex-Camera-Power illuminates the patriarchal narrative codes that hide within supposedly “classic” set-ups and camera angles, and demonstrates how women are frequently displayed as objects for the use, support, and pleasure of male subjects. Building on the essential work of Laura Mulvey and other feminist writers, Menkes shows how these not-so-subtle embedded messages affect and intersect with the twin epidemics of sexual abuse and assault, as well as employment discrimination against women, especially in the film industry. The film features interviews with an all-star cast of women and non-binary industry professionals including Julie Dash, Penelope Spheeris, Charlyne Yi, Joey Soloway, Catherine Hardwicke, Eliza Hittman, and Rosanna Arquette. The result is an electrifying call-to-action that will fundamentally change the way you see, and watch, movies.

Menkes’s honors include a Los Angeles Film Critics Association Award, a Guggenheim Fellowship, two fellowships from the National Endowment for the Arts, an AFI Independent Filmmaker Award, a Creative Capital Award and an International Critic’s Award (FIPRESCI Prize) for the feature documentary Massaker which premiered at the Berlinale in 2005. In 2011, her feature film The Bloody Child (1996) was named one of the most important films of the past 50 years by the Viennale International Film Festival, Austria. In 2022 she was commissioned to create the official Viennale Trailer for the 60th Anniversary of the festival, along with other major directors including Claire Denis, Ryusuke Hamaguchi, Albert Serra, and Sergei Loznitsa.

Most recently, she has been touring with her 2022 feature documentary BRAINWASHED: Sex- Camera-Power, made with support from Uncommon Productions, Susan Disney Lord, Abigail Disney, the EOS World Fund, and the CalArts Center for New Performance.

BRAINWASHED has been honored with screenings at major international film festivals including Sundance, the Berlinale, CPH:DOX, BFI-London, IDFA, Ambulante, Frameline, Karlovy Vary and the Viennale, among many others.

Two of Menkes’s early feature films, Queen of Diamonds and The Bloody Child, both starring Tinka Menkes, were selected for restoration by the Academy Film Archive and Scorsese’s Film Foundation, with funding provided by the Hobson/Lucas Family Foundation.

Queen of Diamonds was widely hailed as “a modern masterpiece” when it was re-released in 2019, and a box set of all her narrative features is due out in late 2022, by Arbelos Films.

Menkes holds an MFA in Film Production from UCLA (1989), is a directing member of The Academy of Motion Picture Arts and Sciences, and is a member of the faculty at California Institute of the Arts.

“ONE OF THE TOP FIVE FILMS TO SEE THIS FALL!” — Bob Mondello, NPR

“Fierce and focused…Brainwashed is a bracing blast of critical rigour, taking a clear, cool look at the unexamined assumptions behind what we see on the screen.”
— Peter Bradshaw, THE GUARDIAN

“Menkes is a real no-bullshit breath of fresh air. With a torch. And with any luck, she’s heading your way to set fire to something, soon.” — Finn Halligan, SCREEN DAILY

“Subversive!...Menkes is not afraid to take on the film canon, and the directors hailed as the gold standard.” — Ray Lobo, FILM THREAT

“[Menkes] calls for a radical reinvention of how shots and film grammar are formulated. Crucially, Menkes' documentary is not calling for cancelation. Viewers are meant to wrestle with this film, not passively consume a simple message — and they’ll leave invigorated.” — Violet Lucca, BUST

About Women In Media

Women In Media, a 501c3 nonprofit, promotes gender balance in the film and entertainment industries through networking, professional development,  and advocacy for filmmakers who work above and below the line.

Women In Media started in 2010 as an informal networking group of likeminded people of all genders who wanted to network with more women. We continuously outgrew our venues until it became undeniable in 2016 that more people felt as we did. It was time for the entertainment industry to change in a lasting and sustainable way.

In 2017, we became a non profit, expanding our mission and services to include more networking events, education, and initiatives, propelling us closer to 40% – 60% women in every crew, every department, every show. Our goal is a more respectful, inclusive, and balanced workplace for all genders.

Women in Media evolved into a membership-based organization, hosting professional development panels and screenings, with a presence at top tier film festivals and conferences around the world.

The #WiMCrewList started as a simple open source Google Spread Sheet in 2016 for those in a position to hire to find women for their crews. In a matter of months, the spreadsheet featured thousands of women., making it impossible to say there were no qualified women to hire.

Due to the popularity of the SpreadSheet, and women getting hired from it, we decided to aim higher. We transitioned from the original list to a searchable, online database to make it easy to #HireTheseWomen.