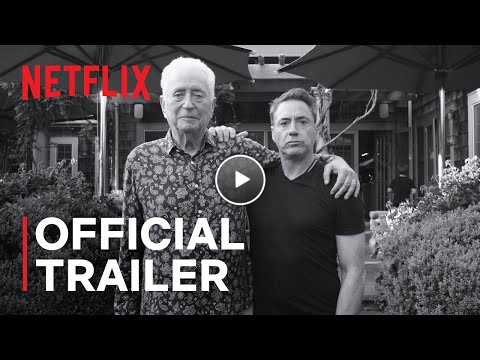 From documentarian Chris Smith (American Movie) comes a lovingly irreverent portrait of the life, career, and last days of maverick filmmaker Robert Downey Sr., whose rebellious spirit infused decades of counterculture movie-making. Sr. widens the lens from Downey’s art to the life with which it was deeply intertwined, including an intimate examination of his relationship with son Robert Downey, Jr. Shot over the course of three years, the film truly honors Senior’s nonlinear, outlaw-life approach, including capturing his decision to embark on his own concurrent and final film project. Smith’s portrait of a family and an artist is a meditation on life that’s as surreal as it is sentimental, a celebration of making art with no rules that tosses out its own rule-book along the way.

Susan Downey is a prolific television and film producer who has collaborated with some of the industry’s most renowned talents on a diverse list of films, encompassing action adventures, dramas, comedies, and horror thrillers. She is a co-founder/partner of Team Downey, the production company behind some of today’s most successful film, TV and digital properties; and FootPrint Coalition, an organization that brings together investors, donors, and storytellers who are committed to scaling technologies to restore the planet, both of which she formed with her husband Robert Downey Jr.

Under her Team Downey banner, Downey executive produces the Emmy-nominated Perry Mason, which premiered in 2020 becoming HBO’s most-watched debut in nearly two years, and the acclaimed genre series Sweet Tooth for Netflix/Warner Bros. TV. Both series are currently in production on their second seasons. Up next for Downey is The Sympathizer, which she is executive producing for A24 and HBO for director Park Chan-wook. She is also in production on Downey’s Dream Cars for Discovery+, an unscripted series that will follow Robert Downey Jr. and a team of experts as they restore six classic cars from his own collection to make them more eco-friendly. Downey is executive producing the HBO Max television adaptation of Samantha Downing’s forthcoming novel For Your Own Good with Berlanti Productions.

On the film side, Downey is producing Play Dirty, the first project coming out of Team Downey’s partnership with Amazon Studios to develop a series of feature film and television projects based on Donald E. Westlake’s Parker series of highly popular crime fiction novels, written under the pseudonym Richard Stark. The film will star Downey Jr. as Parker, and unites Downey and Downey Jr. with director Shane Black and producer Joel Silver years after their cult classic Kiss Kiss Bang Bang. Downey is also in development on the psychological thriller A Head Full of Ghosts, which is an adaption of the popular Paul Tremblay novel.

Downey most recently segued into podcasting with the hit series The Sunshine Place, which she produced for Team Downey. The eight-part investigative series about Synanon rose to immediate success upon release on August 10, landing the No.1 spot on the overall Apple chart and holding it for consecutive weeks.

Most recently, Downey executive produced the four-part wildlife series The Bond for Discovery+. In 2019, Downey executive produced the eight-episode docuseries The Age of A.I. for YouTube Originals. Since its premiere, The Age of A.I. has become one of YouTube’s most successful original series with an extraordinary viewership across more than 100 countries and every continent. Additionally, she produced the family adventure film Dolittle, based on the 1920’s children’s books by Hugh Lofting. Downey previously produced Guy Ritchie’s 2009 action-adventure Sherlock Holmes and its 2011 sequel Sherlock Holmes: A Game of Shadows as well as The Judge, starring Robert Downey Jr., Robert Duvall and Vera Farmiga under the direction of David Dobkin. She also served as an executive producer on Jaume Collet-Serra’s thriller Unknown, starring Liam Neeson; Todd Phillips’ hit comedy Due Date, starring Robert Downey Jr. and Zach Galifianakis; and the blockbuster Iron Man 2, directed by Jon Favreau and starring Robert Downey Jr., Gwyneth Paltrow and Scarlett Johansson.

She had joined Silver Pictures in 1999, overseeing the development and production of films released under both banners, including Thir13en Ghosts and Swordfish. Prior to her tenure at Dark Castle and Silver Pictures, Downey worked on the hit films Mortal Kombat and Mortal Kombat: Annihilation.

Downey is a graduate of the University of Southern California’s School of Cinema-Television.

Emily Barclay Ford is currently the Executive Vice President of Digital for Team Downey, where she oversees the development and production of a variety of media projects. She recently executive produced a documentary series The Bond for Discovery+ and a hit podcast The Sunshine Place which is currently #1 on Apple charts. Previously she executive produced The Age of A.I., an eight-part documentary series for YouTube Originals, which garnered critical acclaim and tens of millions of views. Emily works with the Downey’s environmental technologies initiative FootPrint Coalition on the company’s media strategy and creating original content. Previous to Team Downey, she was an executive at Maker Studios, overseeing premium content with strategic partnerships. Prior to joining Maker, Emily oversaw the development and production of original series for Disney.com at Disney Interactive. Emily is an active member of the Producers Guild of America and is a graduate of the University of Southern California’s School of Cinematic Arts.