GLASS ONION: A KNIVES OUT MYSTERY

GLASS ONION: A KNIVES OUT MYSTERY About Glass Onion: A Knives Out Mystery 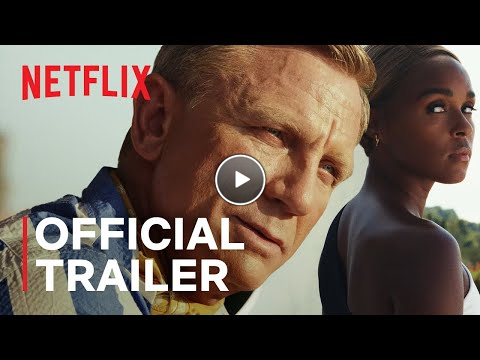 Benoit Blanc returns to peel back the layers in a new Rian Johnson whodunit. This fresh adventure finds the intrepid detective at a lavish private estate on a Greek island, but how and why he comes to be there is only the first of many puzzles. Blanc soon meets a distinctly disparate group of friends gathering at the invitation of billionaire Miles Bron for their yearly reunion. Among those on the guest list are Miles’ former business partner Andi Brand, current Connecticut governor Claire Debella, cutting-edge scientist Lionel Toussaint, fashion designer and former model Birdie Jay and her conscientious assistant Peg, and influencer Duke Cody and his sidekick girlfriend Whiskey. As in all the best murder mysteries, each character harbors their own secrets, lies and motivations. When someone turns up dead, everyone is a suspect. Returning to the franchise he began, Academy Award-nominated filmmaker Rian Johnson writes and directs Glass Onion: A Knives Out Mystery and assembles another all-star cast that includes a returning Daniel Craig alongside Edward Norton, Janelle Monáe, Kathryn Hahn, Leslie Odom Jr., Jessica Henwick, Madelyn Cline with Kate Hudson and Dave Bautista.

Rian Johnson is an Academy Award® and Golden Globe®-nominated filmmaker, who is known for crafting films with their own artfully designed voice and look, and for telling unique stories that blend the pulp of genre with a genuine soulfulness.

In television, Johnson is the creator and co-executive producer of Peacock’s upcoming mystery series POKER FACE. The crime of the week drama stars Natasha Lyonne with Johnson set to direct select episodes.

In 2019, Johnson and producer Ram Bergman launched their production company, T-Street. The company’s film and television projects include KNIVES OUT, GLASS ONION, POKER FACE and an upcoming third follow up to the KNIVES OUT saga. In 2021, the company partnered with MRC Films and formed a label supporting independent filmmakers and low-budget films.

Producer Ram Bergman has fostered a successful partnership with director Rian Johnson, working together on six films over the last two decades. Their collaborations include whodunit crime thriller Knives Out, Star Wars: The Last Jedi, Johnson’s time-travel thriller Looper, as well as his earlier works The Brothers Bloom and Brick and Three Body Problem for television. Bergman is currently gearing up for the release of his next film Glass Onion: A Knives Out Mystery, which he produced alongside Johnson and features an all-star cast including Daniel Craig, Edward Norton, Dave Bautista, Kate Hudson, Kathryn Hahn, Leslie Odom Jr., Janelle Monáe, Madelyn Cline and Jessica Henwick. The murder mystery film will be released theatrically November 23rd and will then be available for streaming on Netflix starting December 23rd.

In 2019, Bergman and filmmaker Rian Johnson launched their production company, T-Street. The company’s film and television projects include POKER FACE and an upcoming third follow up to the KNIVES OUT saga. In 2021, the company partnered with MRC Films and formed a label supporting independent filmmakers and low-budget films, under which they have three additional unannounced films in post-production.

Nana Adwoa Frimpong is a Ghanaian-Canadian director, writer, and creative producer who works across narrative and documentary film to illuminate stories of women and people of color. Nana’s passion for storytelling is marked by her past community organizing work around accessibility rights for students. Her advocacy led to the implementation of the first genderless bathrooms in the University of Toronto Scarborough’s 58-year-old history, the publication of the first online print journal, MAYA, to honor women storytellers on campus, headlining a woman’s storytelling conference with Founder and Executive Director of the Me Too Movement, Tarana Burke, and hosting the annual 2017 TEDxUTSC conference as the first woman to do so. In her latest short documentary, Healing in Color, which premiered on Magic Johnson's AspireTV and PBS as part of the annual Fine Cut Festival, Nana follows a group of Black women exploring healing through visual art. In her work, Nana remains committed to using art as a vessel for truth-telling and self-articulation – an invitation she hopes compels others to tell their stories too.

Nana frequently moderates Q+A’s through SCA and IMAX, having spoken with filmmakers such as Kevin Feige, Sam Pollard, Garrett Bradley, Miranda July, and several others. She most recently served as a Peabody Awards Screening Committee Member in the documentary branch and was a George Lucas Scholar at USC where she completed her MFA in Film and Television Production. Upon graduating, Nana was awarded The Order of Arête, USC's highest honor for her notable contribution to the university, academic discipline, and community.