Followed by a Q&A with Daniel Ademinokan

Nollywood in Hollywood 2022 is hosted by
the USC School of Cinematic Arts,
the American Cinematheque, O2A Media,
and the Hollywood Foreign Press Association 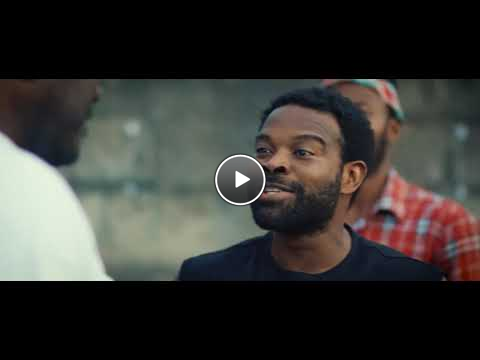 When Ani leaves his wife, a 2 year old daughter and an unborn son back in Nigeria in search for a better life in New York City, he suddenly vanishes without a trace. 25 years later, he returns to reclaim his wife and family but nothing is the same as everyone thought he was dead, and his family is in the hands of another man. But Ani is determined to get his family back, no matter what it takes. Regarded as one of the most prolific filmmakers from Africa today, Daniel’s works have charted a new course for the Nigerian motion picture industry both on the African continent and in diaspora. For over 20 years he has written, produced and directed several feature films, shorts, music videos, commercials, PSAs, and documentaries. With over 40,000 filming hours and on-screen content to his credit, his works include the critically acclaimed biopic - Ghetto Dreamz: The DaGrin Story, Black Friday, Between, Here, he smash hit short film No Jersey, No Match, and the recently released feature film Gone, which was received with critical acclaim. He was also a director in the number 1 African Series - MTV Shuga Naija Season 4.

He has studied filmmaking across the world including Full Sail University in Florida, Septima Ars School of Film & TV in Madrid, the Digital Film Academy in New York, and the New York Film Academy. Upon graduation, Daniel was invited back to be an instructor at the Digital Film Academy in New York, where he taught Film Producing and Directing. He has travelled the world and gone on to win scores of awards as a director across Nigeria, Europe, the United Kingdom, and the United States. His films have also screened at festivals & cinemas in Spain, United Arab Emirates, France, Germany, Scotland, the United States, Holland, The United Kingdom, South Africa, Ghana, Cameroon, and Canada.

Beyond being a director, Daniel is a seasoned Cinematographer, Editor, Writer, Composer and Post Production Guru. Ademinokan who describes himself as a hybrid director, has gained an enormous fan base from around the world and enjoys maximum respect from his colleagues in the African Film Industry. Daniel is the CEO/Co-founder of Index Two Studios, LLC which recently rebranded to Léon Global Media, LLC, a Film, Television & Digital Media production company based in the United States.

About Nollywood in Hollywood 2022

Nollywood in Hollywood is a celebration of Nigeria’s growing cinema. From very inauspicious beginnings about twenty-five years ago, the industry grew to be the second largest in the world in terms of output. It is estimated that over 1,000 films are produced in Nollywood every year, most of them direct to video. In recent years, Nollywood films have garnered critical acclaim and have been exhibited at top film festivals. Founded by Nigerian-American filmmaker, Ose Oyamendan and co-presented by O2A Media, Inc. alongside the School of Cinematic Arts, the Hollywood Foreign Press Association, and the American Cinematheque, programming at the Aero Theatre, Egyptian Theatre and Los Feliz 3 Theatre. NOLLYWOOD IN HOLLYWOOD 2022 is the fifth edition of our annual exhibition of Nigeria's best films.

This year, Nollywood in Hollywood will kick off at the USC School of Cinematic Arts' Norris Cinema Theatre on Friday, September 23rd, and will move over to the American Cinematheque's Aero Theatre on Saturday, September 24th, 2022 for a 7:30 P.M. screening of JUJU STORIES.