The USC School of Cinematic Arts, USC African American Cinema Society (AACS),
and USC Visions & Voices: The Arts and Humanities Initiative,
Invite you and a guest to attend Followed by a Panel Discussion with guests from the film

Presented as part of John Singleton: A Celebration
A Year-Long Tribute to SCA Alum and Icon John Singleton
From September 9th, 2022 - April 19th, 2023 Baby Boy is the powerful urban drama directed by John Singleton starring rap music superstars Tyrese Gibson and Snoop Dogg. With knockout performances from Ving Rhames (Mission: Impossible II, Pulp Fiction, Con Air) and A.J. Johnson (Friday, House Party, The Players Club), Baby Boy is a tough, honest and unflinching look at modern urban life. Jody (Gibson) is a 20-year-old African American in South Central L.A. who is trying to live large but doesn't have a job. He's got two babies by two different women and still lives at home with his mother (Johnson). Growing up is tough on Jody, but a series of events involving his mother's new boyfriend Melvin (Rhames), his girlfriend Yvette (Taraji P. Henson) and her ex-con ex-boyfriend Rodney (Snoop Dogg), force him to learn lessons about living, loving and surviving as a man in the hood. 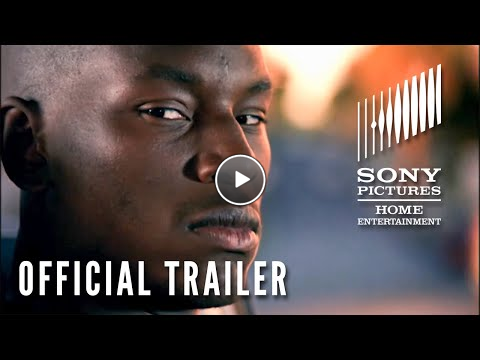 About John Singleton: A Celebration

All screenings will require individual RSVPs. Each film will have a unique event page, which will go live on an ongoing basis throughout the academic year. John Singleton was a film director, screenwriter, producer and USC alumnus. Singleton, who died on April 29, 2019, at age 51, was a Los Angeles native, and a graduate of the Filmic Writing program at the USC School of Cinematic Arts (now the John Wells Division of Writing for Screen & Television) in 1990. While at USC, he won the Jack Nicholson Screenwriting Award, given to a promising film school student, two years in a row: first in 1988 for Twilight Time, then the following year for Boyz n the Hood, which he wrote as his senior thesis on a campus library computer.

Boyz n the Hood, which Singleton also directed, had a breakout debut at the Cannes Film Festival and made Singleton the youngest person and first African American nominated for a directing Oscar. Made for $6 million, it grossed $57.5 million during its studio run and introduced Hollywood to a slate of then-unknown talent—Cuba Gooding Jr., Ice Cube, Morris Chestnut, Angela Bassett, Nia Long—all of whom would become household names, not to mention Laurence Fishburne. It gave the world a new version of Los Angeles, one that Singleton described as “sunshine and bullets.”

As a native of South Los Angeles, many of his early films, such as Higher Learning (1995) and Baby Boy (2001), consider the implications of inner-city violence. Some of his other films include Rosewood (1997), Shaft (2000), 2 Fast 2 Furious (2003), and Four Brothers (2005). Singleton also executive produced the crime drama series Rebel, created by Amani Walker for BET, and co-created Snowfall for FX.

He started “attending” USC even before he was officially a student, while still a teenager in high school in South Los Angeles. Faculty and staff remember him as a precocious film historian, roaming the halls, asking questions about their work, and engaging them in conversations about favorite films, his being Akira Kurosawa’s Seven Samurai.

Singleton was a dedicated alumnus, making appearances at many University events, and returning to teach a class in 2016 titled “Emergence of Multicultural Cinema.” He was the 2006 recipient of SCA’s Mary Pickford Award, given to a distinguished alumnus at graduation each year; and in 2016 he received a Legacy Award from the University’s Black Alumni Association. He was an active member of the SCA Alumni Development Council and was also an SCA parent, having inspired his son Maasai to enroll at the School.

Singleton’s success created a model for other aspiring Black filmmakers. In the two decades since Singleton graduated, filmmakers like Rick Famuyiwa, Sheldon Candis, Ryan Coogler, Steven Caple Jr., and Tina Mabry, to name just a few, have found encouragement at the School. Rick Famuyiwa, who also grew up in a South Los Angeles neighborhood around the same time and makes films about the city, including The Wood (1999) and Dope (2015), describes Boyz’s success as “life changing,” and Singleton as the example of what living the dream could look like.

The School of Cinematic Arts and the USC Black Alumni Association have also established the John Singleton Scholarship for the Arts at USC to support students of color who are pursuing degrees in the arts at the university. About the John Singleton Scholarship for the Arts at USC

As a devoted alumnus of the USC School of Cinematic Arts, John Singleton exemplified what it means to be a Trojan. He loved the university, and selflessly and enthusiastically gave his time and talent to helping our students succeed. John was frequently on campus, whether to teach a class on multicultural cinema, speak on a panel, or just because he wanted to hang out and talk about films with the next generation. He would have a hard time leaving because students always wanted to talk to him!

In addition to his dedicated involvement with SCA, John was also closely involved with the USC Black Alumni Association. A recipient of a BAA scholarship as a student, John never forgot the support and encouragement he received from the BAA, serving as an active mentor to BAA Scholars in the arts, contributing to the BAA’s scholarship fund, and engaging with students and alumni at BAA events such as Homecoming, various mixers and the annual Scholarship Benefit.

John was an example for the many students USC works to recruit from underrepresented communities, who have the talent to also be groundbreaking scholars, artists and creators like John, but don’t know how to get there. This is an important part of his legacy, and we hope you will continue that legacy by making a gift toward the John Singleton Scholarship for the Arts at USC.

Designed to honor John’s love for and legacy within both SCA and the BAA, this scholarship fund will support students of color from the greater Los Angeles Metropolitan area and to students from underrepresented minorities within the University community who are pursuing an education in the arts at USC. Founded by the late John Singleton, while still a working student, and David L. Watts , the African American Cinema Society is an evolving incubator of artists and creatives of all sorts interested in the entertainment business and industry. We host events/screenings on and off-campus with special guests and Q&As. Our organization receives invitations to world premieres from studios, such as Disney, Marvel, and Sony because of the life and legacy of our predecessors. AACS continues to be most proud of establishing networking and collaboration opportunities as well as industry internships to our SCA community from acceptance through graduation.

Vision: The purpose of this organization is to provide networking opportunities for people of color, encourage a support system across all disciplines of interest as it relates to entertainment, but especially inside the cinema school.

Mission: The mission of the African American Cinema Society is to highlight and promote art and artists who are invested in showcasing complex and sophisticated representations of blackness and the black diaspora.

We collaborate with Black University of Southern California students to create an environment in which we can thrive. Whether it’s networking events, screenings, Q&A’s with industry professionals, or advocating for students, we are pride ourselves on embodying the change we wish to see.

@uscaacs on all social media