Outside the Box [Office] invites you and a guest to attend 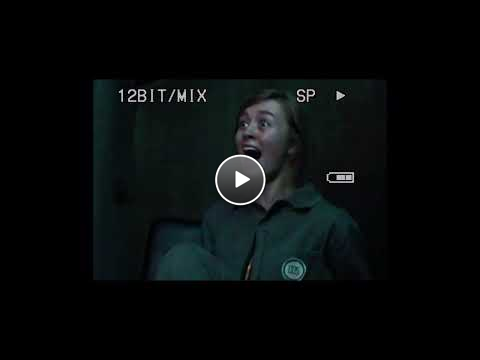 Trapped in an underground facility, five scientists wake from cryogenic sleep with no memory of who they are or how long they’ve been asleep for. After stealing food to tampering with equipment occurs, with lies and weapons and torture and idolatry, the band of scientists make the shocking realization -- a killer is hunting them down there and may even be hiding among them.

In the second grade, Barrett Burgin pulled the entire class together to work on his feature film debut. He auditioned roles on the playground and sent letters to parents confirming their child had gotten the part. He envisioned release his home movie in theaters nationwide.

Unfortunately, his elementary-school blockbuster never materialized. The dream stuck, however, and Burgin continued to make films throughout his childhood and into young adulthood. In high school, Burgin founded a film club, got into an elite state arts program, won an international film festival, and directed several short films commissioned by a production company.

After a two-year mission for his church, Burgin was accepted into Brigham Young University’s prestigious Media Arts program. During his time in school, he independently wrote and directed a number of award-winning short films, including: The Next Door (2016), a neo-noir thriller from the perspectives of Mormon missionaries; Out of the Ground (2017), an environmental, Edenic science fiction; and Father of Man (2019), a personal family drama about reconciliation.

Burgin also produced a number of projects for the film program and graduated with Honors in 2019. In conjunction with BYU’s School of Communications, Burgin co-directed a feature film, titled I Saw The Hosts of the Dead. The film premiered internationally on BYUtv in 2019, and is available for streaming and on DVD. Since graduating, Burgin has worked full-time in corporate media production, managing a team of multiple videographers and editors.

Burgin has a proclivity for psychological thrillers and science fiction films, but often devotes special interest to the intersectionality of religious mythos and cinema (on which he has produced a number of published works). He began directing his first feature film, Cryo, while still in school, and with the film’s completion can finally bring fruition to that second grade dream.

Mason D. Davis is a filmmaker with experience in front of and behind the camera. He dreams to write, produce, and direct a studio movie one day. Currently, he is pursuing a goal to make sixteen original films, each in a different genre. Cryo was the first film from his list.

Matthew Siemers is a filmmaker born and raised in the mountains of Northern California. He studied film at Brigham Young University where he emphasized in production management. He currently works full-time as a producer with Mystery Box, a digital cinema company located in Vineyard, Utah.

Colton Elzey is a recent graduate from the Cinema and Media Studies Master's program at the University of Southern California. He received his B.A. from Brigham Young University, in Utah, with an emphasis in directing, working on various independent national and local media projects. Colton is pursuing an academic career path, interested in teaching Film Studies at the University level. His particular areas of interest are on audience effects studies, media's connection to behavioral sciences, culture studies, and—of course—horror films.