A Special Sneak Preview Screening of Followed by a Q&A with Katie Aselton 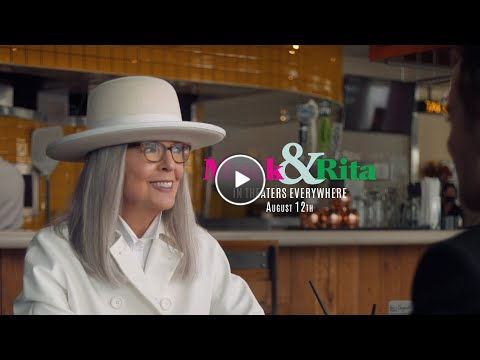 When 30-year-old self-proclaimed homebody Mack Martin (Elizabeth Lail) reluctantly joins a Palm Springs bachelorette trip for her best friend Carla (Taylour Paige), her inner 70-year-old is released — literally. The frustrated writer and influencer magically transforms into her future self: “Aunt Rita” (Oscar®-winner Diane Keaton). Freed from the constraints of other people’s expectations, Rita comes into her own, becoming an unlikely social media sensation and sparks a tentative romance with Mack’s adorable dog-sitter, Jack (Dustin Milligan). A sparkling comedy with a magical twist, Mack & Rita celebrates being true to yourself at any age.

Katie Aselton is an acclaimed actor and filmmaker based in Los Angeles.

Her other TV credits include the FX series LEGION created by Noah Hawley, HBO’s ANIMALS, TOGETHERNESS, CURB YOUR ENTHUSIASM, VEEP, THE OFFICE, ROOM 104, and Hulu’s CASUAL. In the feature space, her credits include the Paramount feature, BOOK CLUB, Warner Brother’s FATHER FIGURES, Neon’s SHE DIES TOMORROW, SYNCHRONIC, and Lionsgate's BOMBSHELL. Katie’s breakout acting role was in the indie darling, THE PUFFY CHAIR, directed by Mark and Jay Duplass. The film was nominated for two Independent Spirit Awards.

She made her directorial debut with THE FREEBIE in which she also stars. The film premiered to much critical acclaim at the 2010 Sundance Film Festival and was released theatrically by Phase 4. Katie also directed and starred in the survivor thriller, BLACK ROCK opposite Kate Bosworth and Lake Bell. The film premiered at the 2012 Sundance Film Festival and was released by LD Entertainment. She recently wrapped filming, MACK & RITA, with Alex Saks producing, Diane Keaton, Elizabeth Lail, Dustin Milligan, Simon Rex, and Taylour Paige starring and Katie directing.

This screening is free of charge and open exclusively to USC Students, Faculty and Staff. A reservation confirmation will automatically be sent to your e-mail account upon successfully making an RSVP through this website. Doors will open at 6:30 P.M.