I LOVE MY DAD

A Sneak Preview Screening of

I LOVE MY DAD Followed by a Q&A with James Morosini

About I Love My Dad 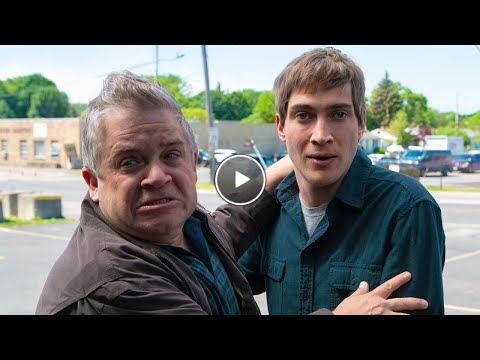 Inspired by filmmaker James Morosini’s true life experience, I LOVE MY DAD follows Chuck (Patton Oswalt), an estranged father who desperately wants to reconnect with his troubled son, Franklin (James Morosini). Blocked on social media and concerned for his son’s life, Chuck impersonates a waitress online and starts checking in with Franklin. But things begin to spiral when Franklin falls for this imaginary girl (Claudia Sulewski) and wants nothing more than to meet her in person, as Chuck has inadvertently catfished his own son.

James Morosini is an actor, writer, director, producer, and editor who's risk-taking, boundary-defying style of filmmaking allows him to utterly captivate a worldwide audience.

He is gearing up for the summer release of his acclaimed, award-winning sophomore film I LOVE MY DAD, which he wrote, directed, and stars in opposite Patton Oswalt, Rachel Dratch, and Lil Rel Howery. I LOVE MY DAD had its World Premiere at SXSW 2022 to incredible praise from both fans and critics alike, winning both the Narrative Feature Grand Jury Award AND Audience Award. With sold-out crowds at every screening, the film continues its festival circuit winning awards across the country. Prior to filming, Morosini’s screenplay was selected from 2,300 entries as the Grand Prize Winner of Screencraft's Screenplay Competition. A thrilling comedy with an unexpected twist, the film was bought by Magnolia Pictures and will be coming to theaters nationwide on August 5th.

A multi-hyphenate in every sense, with his sophistication as filmmaker and actor, Morosini continues crafting stories with spectacle and heart.