USC Earth Week, Outside the Box [Office], USC Viterbi, and PBS, invite you to attend About Lives Not Grades 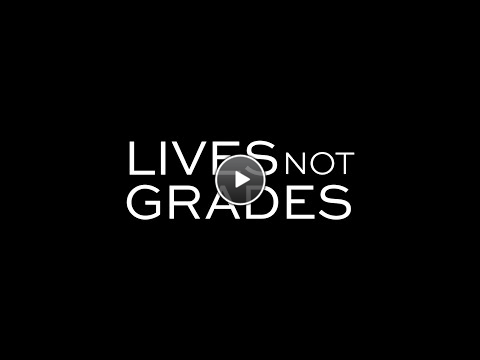 A Story for a Generation Hungry for Impact and Change

When people think about mitigating global crises, they naturally turn to politicians, diplomats, and overstretched humanitarian agencies. No one turns to college students for the answers. This film challenges that. It asks the question "what if we used the same passion and intellect that went into designing the iPhone and self-driving cars to solve the greatest challenges of our time? What if that's what we taught in schools?"

At its heart, Lives Not Grades is a dramatic, thrilling, and inspirational story embedded in geopolitical events. It is an honest look at the innovation process, the importance of learning from failure, and the role of education itself in a time when educational models are being challenged.

Witness the crisis through the eyes of the students as they race against the clock, their own fears and shortcomings in tackling what has been described as "the greatest humanitarian crisis since WW2." Through an intimate lens—in a way that humanitarian crisis and college courses have not yet converged on film—the film appeals to Gen-Z'ers empowered to spark change.

It facilitates a timely conversation particularly in the wake of the War in Ukraine about the role of engineering, technology, education, and young people in addressing wicked problems.

Daniel has worked on the development and post-production of feature films The Land, Gangster Squad, and The Lego Movie. Following his own experience as an émigré to the U.S. in the aftermath of Romania’s 1989 Revolution, Daniel has been involved in humanitarian development work in several countries which influences his work. His screenplay “Climbers” about Rwanda’s Olympic cycling team has been optioned by Paris-based Forecast Pictures. Daniel is the co-founder of U.K.-based Safe Passage Films and is currently producing I Am Sarah about Olympic swimmer, humanitarian and accused “criminal mastermind” Sarah Mardini for European broadcasters ARD and ARTE. His short film “Elie’s Overcoat” won an MPSE Golden Reel Award. Daniel is the Director of New Initiatives at USC Viterbi and co-teaches the engineering course "Innovation in Engineering and Design for Global Crises" - a course open to all majors - and serves as an advisor to student teams launching social innovation startups. He is also the creator and co-host of "Escape Velocity," a podcast about the human side of engineering.

Dr. Becerik-Gerber’s research falls at the intersection of the built environment, machine intelligence, and systems thinking. Specifically, her work focuses on the acquisition, modeling, and analysis of the data needed for user-centered built environments, and the development of novel frameworks and visualization techniques to improve built-environment efficiency, while increasing user satisfaction. Her work, which has received support worth over 5 million dollars from a variety of sources, including the National Science Foundation, Department of Energy, and Department of Transportation, brings together a variety of disciplines, such as engineering, design, computer science, psychology, and architecture.

Brad Cracchiola’s professional experience includes 20 years in the product design/development industry. He is currently an Associate Director of Program Management at Designworks, where he mentors the project management team and manages many of Designworks’ most challenging projects. Brad led the team that designed racing wheelchairs for the US Paralympic Track & Field team, which resulted in 7 medals (4 gold) and broke 4 records at the Rio 2016 Paralympic games. This wheelchair also won multiple design awards and has been on exhibition in the Cooper Hewitt Smithsonian Design Museum and Die Neue Sammlung - two of the leading design museums in the world.

Brad is also one of the founders and instructors of the USC Viterbi School of Engineering course INNOVATION IN ENGINEERING & DESIGN FOR GLOBAL CRISES, a multi-disciplinary class teaching engineering innovation, storytelling, social entrepreneurship and the engineering development of real-world products and services addressing global wicked problems.

David Gerber’s professional experience includes working in architectural, engineering, research, and technology practices in the United States, Europe, India, and Asia for Zaha Hadid Architects in London; for Gehry Technologies in Los Angeles; for Moshe Safdie Architects in Massachusetts; The Steinberg Group Architects in California; and for Arup as the Global Research Manager. His research has won multiple awards from industry, fellowships, and the National Science Foundation and is focused on the development of innovative systems, tools, methods for the design of the built environment. He currently advises, and co advises multi-disciplinary student teams on topics that integrate design, architecture, engineering, and computation in pursuit of design and engineering solutions to global crises. David’s research and entrepreneurial focus are on the development of computational tools to automate the management and sustainability of complex design and engineering projects.

Michael is the co-founder and CEO of Duet, a tech nonprofit that supports refugees by allowing families to request specific items from their local stores in host countries, which are donated by individuals online anywhere in the world. He is the Entrepreneur in Residence of USC’s Innovation in Engineering and Design for Global Crises program. A USC alum, he graduated with a degree in Business and International Relations where he was President of his Fraternity, Captain of the USC Men’s Rugby Team, Cochair of the USC Sexual and Personal Misconduct Committee, and a Warren Bennis Scholar. He represented USC at the Association of Pacific Rim Universities program on world challenges in Vladivostok, Russia. Professionally, he gained experience as the head of sales for a small tech startup, interned at UBS in private wealth management, and worked as Interim Director of Fellows at Helena, a non-profit in downtown LA.

Rhys Richmond combines engineering, medicine, and social entrepreneurship to transform the way the world responds to humanitarian crises. As the COO and co-founder of Duet, she leads the development and growth of a novel philanthropic platform that is changing the way people experiencing forced migration and homelessness receive donations. She is currently working to set up Duet systems in partnership with local non-profits in U.S. cities who have recently accepted Afghan refugees. She graduated from USC Viterbi in 2021 with a B.S. in Biomedical Engineering where she was also part of the Armani Research Lab.

Having found refuge as a child coming to the U.S. following the 1989 Revolution in Romania which brought the collapse of the Communist regime, I’ve been attracted to telling the stories of people silenced by history.

In 2018, I teamed up with USC colleagues Burcin-Becerik Gerber, David Gerber and Brad Cracchiola to create a course that aims to change the way we educate our students. Having led several humanitarian projects in Sudan, Romania, India and Mexico, we wanted to give students a real experience for what it's like to work in crises zones and equip them to make a lasting change. The motto of the course was "lives not grades" and we told them that they would have to embrace failure along the way. These are students who have done everything in their power to avoid failure.

With the help of refugee global partners and working together with local communities we took them inside the "worst refugee camp on earth," Camp Moria, at the epicenter of the refugee crisis in Greece.

That nine month experience, working tirelessly to bring solutions to this camp where 30,000+ people lived in squalid conditions, tested us like never before. It taught us about the importance of listening with humility, of coming out of our American bubble to share in their suffering, to reflect on our own failures, and to understand what makes us human and relatable beyond our individual experiences.

The story that emerged is not the one we imagined at the beginning: how the power of innovation, technology and youth activism can solve any problem. We discovered the limits to this thinking which drives western innovation, and most development projects worldwide, but does not reach the depths of human experience. The most important thing we did on the island was to humble ourselves before a crisis that, although solvable, knelt our most noble ambitions. We failed but we changed.

As the story students struggled to innovate solutions that made sense, the camp kept growing and tensions between locals and refugees kept rising. The islanders who were once shortlisted for the Nobel Peace Prize for their solidarity with the refugees, now turned against the people they once saved from drowning. Camp Moria became a symbol of Europe's failure -- of the world's collective failure to defend the defenseless. In an event that seems almost inevitable now looking back, the refugees eventually burned Moria to the ground. The camp's only destiny, as we often said to ourselves, was to go up in flames.

A question still lingers, now that the ashes have settled and a new camp rose in its place... can we as a collective humanity, with all our creativity, invention and drive, ever eradicate the site of camps in the 21st Century? Can we truly tear down the walls that divide us, invisible or not, and care for the most vulnerable among us?

I want Lives Not Grades to spark a conversation about the role of young people in solving the grand challenges we inherited, the role of technology, innovation and education in addressing the needs of people who don't benefit from the leaps that have brought us self-driving cars, rockets that come back to earth and land on their feet and socially assistive robots. Are we OK to live in a world where the 4th Industrial Revolution, which brought high speed Internet to the Amazon rainforest, but also saw the greatest displacement in human history with 80 million+ people on the move?

No one gets a good grade when it comes to the refugee crisis, but we must look inward and ask ourselves, even as young students, what do we live for: lives or grades?

From Monday April 18 to Friday April 22, 2022, USC will celebrate Earth Week. Join fellow Trojans as we take part in sustainability activities and events. Expand your sustainability knowledge, make connections, take action, and learn what USC is doing to achieve its sustainability goals.

If posting to social media, please use these two hashtags: #USCEarthWeek and #USCsustainability at https://sustainability.usc.edu/take-action/social