In honor of Haskell Wexler's Centenary,
the USC School of Cinematic Arts invites you to attend a special in-person screening of 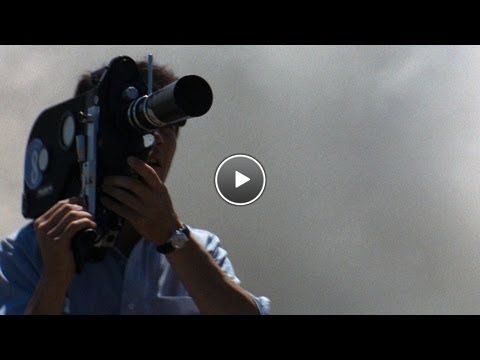 It’s 1968, and the whole world is watching. With the U.S. in social upheaval, famed cinematographer Haskell Wexler decided to make a film about what the hell was going on. Medium Cool, his debut feature, plunges us into the moment. With its mix of fictional storytelling and documentary technique, this depiction of the working world and romantic life of a television cameraman (Robert Forster) is a visceral cinematic snapshot of the era, climaxing with an extended sequence shot right in the middle of the riots surrounding the Democratic National Convention in Chicago. An inventive commentary on the pleasures and dangers of wielding a camera, Medium Cool is as prescient a political film as Hollywood has ever produced. 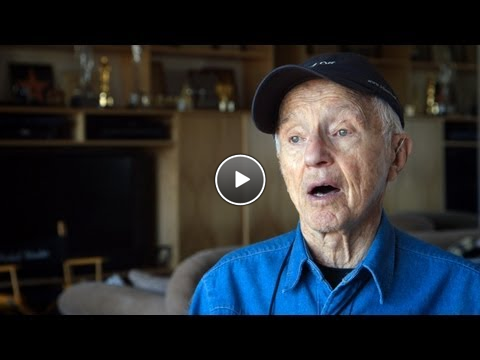 A comic actor with an improvisational background, Peter Bonerz went from playing Jerry the dentist pal on "The Bob Newhart Show" (CBS, 1972-78) to directing episodes of the series and then developed into one of the more prolific sitcom directors of the 1980s and 90s. While performing on the show, Bonerz was also given the chance to direct and, as the series continued, he became one of its primary directors. When the series ended, he began concentrating more on directing and acted less.

In 1978, he directed the handful of produced episodes of "Apple Pie" (ABC), a short-lived Rue McClanahan vehicle, and, in 1979, helmed the first season of "Archie Bunker's Place" (CBS). From 1981-83, Bonerz did double duty, directing the ABC series version of "9 to 5" and also playing Franklin Hart Jr. (the role originated by Dabney Coleman in film version), but he did not stay with the series when it went into first-run syndication. Instead, he directed the one-camera film show "Suzanne Pleshette is Maggie Briggs" (CBS, 1984). He then moved on to "It's Your Move" (NBC, 1984-85), a one-season vehicle for Jason Bateman. From 1985-86, Bonerz did "Foley Square" for CBS, then went on to "Alf" (NBC, 1987-89). He was the primary director on "My Sister Sam" (CBS, 1987-88), which featured Pam Dawber as a single woman who has to take in her much younger sister. In 1988, he moved on to "Murphy Brown," winning a DGA Award for his efforts. In 1987, Bonerz directed the pilot for "Good Morning, Miss Bliss," which evolved into the long-running NBC Saturday morning franchise, "Saved By the Bell." More recently, Bonerz directed the pilot for "Mr Rhodes," the 1996 NBC series about an unconventional English teacher.

While Bonerz has directed one TV-movie, "Sharing Richard" (CBS, 1988) about a man (Ed Marinaro) with multiple girlfriends, he has acted in several longforms, beginning with "How to Break Up a Happy Divorce" (NBC, 1976). In 1978, he played the cunning Girard in the syndicated miniseries "The Bastard."

Bonerz first acted on the big screen as Perry, an actor, in "Funnyman," a 1967 independent feature he also co-wrote. In 1969, he was Gus the cameraman in Haskell Wexler's now famous "Medium Cool" and he played a featured role in Mike Nichols' "Catch 22" (1970).Bonerz was in the ensemble cast of "Serial" (1980) and gave himself a small part and made his feature film directorial debut with "Nobody's Perfekt" (1981), which flopped with critics and at the box office. He took another stab at features in 1989 with "Police Academy 6: City Under Siege." He returned to series work playing the patriarch of the family featuring the titular "Three Sisters" in that NBC 2001 sitcom.

Paul Cronin is the editor of several books, including Alexander Mackendrick’s On Film-Making: An Introduction to the Craft of the Director (2004), Werner Herzog’s A Guide for the Perplexed (2014) and Lessons with Kiarostami (2015). His films include studies of Amos Vogel, Peter Whitehead and Haskell Wexler’s Medium Cool. He edited the book A Time to Stir: Columbia ’68 (2018), about the 1968 student protests at Columbia University, and made an accompanying fifteen-hour documentary on the subject. His website is thestickingplace.com.

2022 marks the centenary of cinematographer and filmmaker Haskell Wexler. One of the greatest image-makers in Hollywood history, Wexler's many films as cinematographer include The Best Man (1964), The Thomas Crown Affair (1968), In the Heat of the Night (1967), One Flew Over the Cuckoo's Nest (1975), Bound for Glory (1976), Coming Home (1978) and Matewan (1987). Winner of Academy Awards for his work on Who's Afraid of Virginia Woolf? and Bound for Glory, Wexler is perhaps best known for Medium Cool, the groundbreaking feature he wrote and directed in 1969. In 1985, he wrote and directed another politically acute independent feature, Latino. Alongside these feature films, over a period of several decades he also created a powerful body of political documentary cinema, notably The Bus (1965), Introduction to the Enemy (1974), Underground (1976), and Brazil: A Report on Torture. A principled man of great conscience, beloved by his fellow cameramen and women, Wexler's 100th birthday will be marked at USC by a series of screenings and a panel discussion.