Outside the Box [Office] and Zeitgeist Films invite you to attend Followed by a Q&A with Amy Goldstein and Troy Takaki

Face coverings are required at all indoor events, regardless of vaccination or testing status, on USC campuses, in USC buildings and all off campus USC events. Face coverings must be a surgical mask, N95, or KN95. Cloth face masks, gaiters, bandanas or other non-surgical grade masks are not permitted.

About The Unmaking of a College 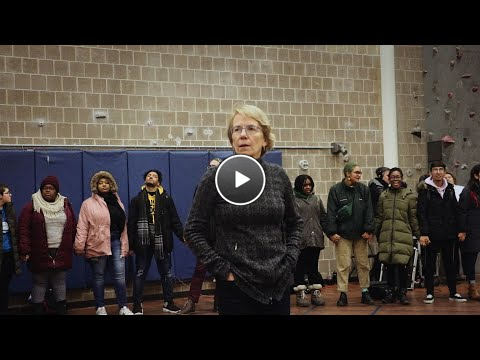 This is a film about young people on a rescue mission—for a school and an educational philosophy. The Unmaking of a College delves into the 2019 crisis at Hampshire College when students led a 75-day sit-in – the longest in American college history – at the new president's office to thwart her underhanded attempt to give up the independence of one of the most experimenting colleges in the United States. From the start, the students were filming events to hold the administration accountable and empower their movement. Alum Goldstein weaves their powerful documentation with interviews with students, professors, whistleblowers, and alumni including filmmaker Ken Burns. A raucous ode to democracy in action, this film evokes the courage required to stand up to power at a time when many liberal arts colleges are failing. Can the storied tradition of liberal arts education—and the nation it has created—be saved? This is a story of young people moved to action by these questions, how they were changed forever by their choices, and how they are becoming our future leaders.

Amy Goldstein is a director, producer, and screenwriter of television series, feature films and music videos. She seeks out daring people fighting the battles for democracy, justice and self-expression, an approach to life that she developed while attending Hampshire College. Her latest documentary, KATE NASH: UNDERESTIMATE THE GIRL (IDFA, Doc NYC, Sheffield Doc Fest, Doc Edge) was made for Storyville BBC and was released theatrically by Alamo Drafthouse in the United States, Level Film in Canada, and qualified for an Academy Award in 2021. The film follows musician Kate Nash as she goes from brutally honest pop star to struggling artist to a woman now in control of her career.

Other documentary films recently completed include SELF-MADE MEN (ITVS), an episodic docu-comedy about two publishers who created a transmen magazine and THE HOOPING LIFE (a Cinedigm release), an epic tale of a female-driven subculture.

Prior to documentary filmmaking, Amy directed music videos (Rod Stewart’s DOWNTOWN TRAIN MTV #1) and scripted features (BECAUSE THE DAWN, a lesbian vampire musical, THE SILENCER, an action satire of exploitation films, award-winning EAST OF A, an edgy comedy starring Rashida Jones and David Alan Grier about an alternative family facing the challenges of raising a child with HIV). Her work has been presented at film festivals worldwide, including Toronto and Berlin. She also developed pilots for HBO, CBS, Fox, Showtime, and MTV.

Amy served on the board of Outfest and is a member of the WGA and DGA. She graduated from Hampshire College and NYU Graduate Film School.

Troy graduated Cum Laude with a degree in cinema from San Francisco State University. Starting in television, he worked on such hit series as DESPERATE HOUSEWIVES, ALLY MCBEAL, TALES FROM THE CRYPT, AND SEAQUEST DSV. Takaki segued to feature films such as SWEET HOME ALABAMA starring Reese Witherspoon and HITCH starring Will Smith. He edited the feature documentary PAULY SHORE STANDS ALONE. Troy has also championed mentorship and inclusion in the industry through both the ACE Internship Program and by co-founding the ACE Diversity Program. Troy is the author of the book Don't Miss Out On Any Avocado Milkshakes: The Art and Joy of being a Film Editor. Troy’s father, Ronald Takaki, taught UCLA’s first black-history course, created in response to the Watts riots. When a student asked what revolutionary tools he would be teaching, Takaki said: “We’re going to strengthen our critical thinking and our writing skills. These can be revolutionary tools if we make them so.” Ronald Takaki made it his life’s work to rewrite American history to include Asian-Americans and other ethnic groups excluded from traditional accounts.