REVOLUTION OF OUR TIMES

REVOLUTION OF OUR TIMES A Film by Hongkongers

This event will require masks for all attendees, vaccinated or unvaccinated. Anyone refusing to comply with mask requirements is subject to removal from the event.

THIS EVENT IS NOW SOLD OUT.

About Revolution of Our Times 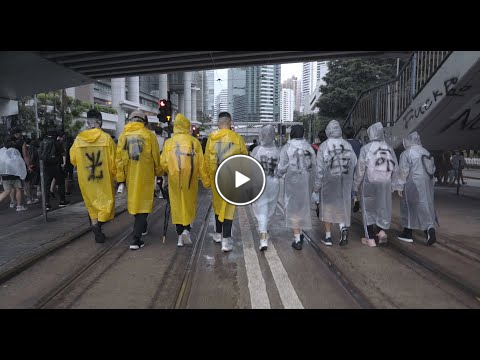 “Hong Kong is on the frontlines of a global battle for freedom.” -- TIME Magazine

Over the past fifty years, Hongkongers have fought for freedom and democracy but have yet to succeed. In 2019, the “Extradition Bill” to China opened a Pandora’s box, turning Hong Kong into a battlefield against the Chinese authoritarian rule. The award-winning director of Ten Years: Self Immolator, Kiwi Chow, made this documentary to tell the story of the movement, both with a macro view of its historical context and up close and personal on the front lines.

The 2019 movement is always labeled with the characteristics of “decentralized leadership”, “be water” (flexible tactics), “do not split” (unity but in different ways) and “blossoming everywhere” (protest all over the territory). The film covers seven teams of protestors with different stories which are put together as a comprehensive picture of the versatile movement.

Democracy and freedom are now facing an unprecedented crisis over the world. Revolution of Our Times is not only about the battle of Hongkongers but is about a war between all freedom lovers and dictatorships of our globe.

Within the narrative of the big event, this documentary also weaves in short stories of the protesters. There is no leader in this movement, which is rare in the global history of resistance. Everyone is of great significance to this movement. Every single participant is a brave soul. Masked demonstrators on the front line are allowed to speak their mind through the medium of a documentary. The audience is unable to see their faces, but they can enter their hearts and allow the protestors to present their brave, yet fragile souls.

In 2019, the Hong Kong people rebelled against the proposed extradition bill to amend the ‘Fugitive Offenders Ordinance’. And in 2020, the regime replaced it with the more dire ‘National Security Law’. Living under fear, the interviewees had to wear face masks, the production staff had to remain anonymous, and we will have to live with the fact that this documentary cannot be screened publicly in Hong Kong due to heavy monitoring by the government.

We have lost contact with some of the interviewees in the film, some went into exile, and some are serving sentences in prison. The people of Hong Kong have indeed given up a lot during this tumultuous period. And as a film director, it is my responsibility to take the risks and document the resistance.

It was not the times that chose us, but we chose to change the times.

About the Director, Kiwi Chow

Kiwi Chow graduated from the Hong Kong Academy for the Performing Arts with a Bachelor and a Master of Fine Arts. His first feature film, “A Complicated Story” (2013), was selected for the 37th Hong Kong International Film Festival and won the Award for Young Artist (Film) at Hong Kong Arts Development Awards 2014. Kiwi went on to direct the ‘Self-immolator’ section of the multi award winning and highly controversial film ‘Ten Years’. ‘Ten Years’ won Best Film in the 35th Hong Kong Film Awards and was viciously criticized by the Chinese state media. ‘Ten Years’ became a cult classic in Hong Kong and is now available on Netflix. Kiwi Chow’s newest feature film “Beyond the Dream” received stellar box office results in Hong Kong during its release in the Summer of 2020. It also won the Best Adapted Screenplay Award (57th Taipei Golden Horse Film Awards) and received six nominations in the 39th Hong Kong Film Awards.

Parking at the University of Southern California is limited throughout the fall semester, and it is best to visit the USC Transportation Website for the most up-to-date information if you plan to drive and park on campus: