Outside the Box [Office], LatiFAM de USC, and HBO MAX, invite you to attend We will screen Women is Losers (84 minutes) live during the webinar.

About Women is Losers 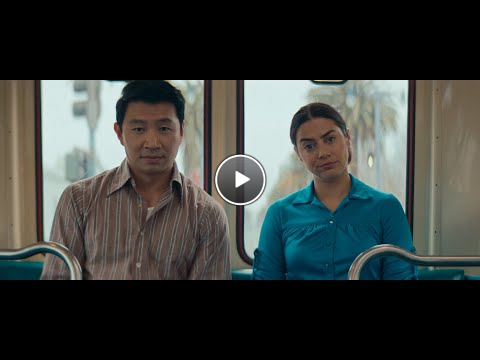 In 1960's San Francisco, bright and talented catholic school girl Celina Guerrera (Once Upon a Time in Hollywood's Lorenza Izzo) survives a difficult home life by following the rules. That is until an indiscretion creates a series of devastating consequences. As Celina faces the compounded obstacles of being young and alone, she sets out to rise above the oppression of poverty and invest in a future that sets new precedents for the time. The film is inspired by real women and the Janis Joplin song of the same title.

For as long as I can remember people have been telling me what I can’t do. Doctors, pastors, professors, family members, televisions, statistics, boyfriends, the chatty cabbie picking me up from JFK. Everyone.

Sometimes they’d say it outright like when my doctor said I wouldn’t walk past my twenties thanks to a ridiculous and ironic early-onset case of rheumatoid arthritis. (My grandmother and I used to fight over the Bengay).

But most of the time — and much harder to detect — the “I can’t” was in the things they wouldn’t say. The opportunities I wasn’t encouraged to go for. The quiet reception to a carefully laid out plan. The amusement at my “ambitious” goals.

The sigh. The smile. The nothingness.

I came home to my mother broken and ashamed for my failures. Devastated to tell her that despite our joint efforts, the hard work ethic she’d instilled in me, the don’t cry mantra we’d repeated as children, and the grindstone she’d practically surgically attached to my head - that there was something - something I couldn’t see or even explain but that I could feel as clearly as my own heartbeat standing in my path.

I waited for her, a woman who had worked three jobs to gain financial independence, whose body was irreparably broken from the effort, to tell me to suck it up.

Instead, she told me everything. With a maddening sense of humor, she told me how little she still made at a job she’d been in for forty years. She produced a letter from her boss congratulating her on the birth of her son but notifying her in no uncertain terms that she’d used up her two weeks of “vacation” to recover from abdominal surgery also known as a C-section and needed to return to work. She told me about needing her stepfather to co-sign on her home loan because the bank wanted “assurances” that she could make the payments even though her stepfather did not have employment at the time.

She told me how all of this was legal in the ’60s and ’70s. That even though none of it is legal on paper anymore, it’s all still happening. What I was feeling, she said, was in fact real.

And then she spoke the words that to my surprise were the hardest to hear. She told me not to lose hope.

Through the sadness of what could have been, she shone through and through with gratitude for the little that she was able to achieve. She still believed in America. She still believed this was the land of opportunity. In no uncertain terms of her own, she shared with me that now that I knew the truth my job was to keep believing.

And now I’m sharing that with you.

In every way, “Women is Losers” is that conversation with my mother. The hidden wounds, the unsaid truths of our parents’ generation brought out into the light to help our own. It is a film where our mothers, grandmothers, aunts, uncles, fathers talk to us about everything and I mean everything they swept under the rug. It’s a movie that says the unwritten rules of our world out loud. But most importantly it’s a movie that asks you to hold onto your hope.

It’s bold, it’s humorous, it’s honest -- like my mother and like myself. And yes, it’s everything I was told I can’t do.

Lissette Feliciano is a writer, director, producer and a graduate of Tisch School of the Arts. She is a Tribeca Film Institute AT&T Untold Stories grant recipient, was named as one of Shoot Magazine's new directors to watch, and has served as an ambassador for The Wraps Power Women Summit.  Her production company Look at the Moon Pictures develops original content that shines a hero's lens on underrepresented groups, joining the ranks of creators filling the market gap in storytelling for a new young multicultural audience. Under Lissette's leadership, Look at the Moon was among the first production companies to mandate 50% BIPOC representation across leadership positions on and off-camera - a metric they are proud to consistently achieve. An avid supporter of young women’s education, she sits on several committees for an all-girls high school serving low-income students in her hometown of the Mission District of San Francisco.

Lorenza Izzo is one of the fastest rising multi-hyphenate Latin actresses in Hollywood right now. She stars in and executive produced the indie feature, WOMEN IS LOSERS, directed by Lissette Feliciano, which premiered in competition at SXSW 2021. She recently starred in the Showtime series, PENNY DREADFUL: LA, opposite Natalie Dormer, created by John Logan. Lorenza co-starred as Leonardo DiCaprio's wife in Quentin Tarantino's ONCE UPON A TIME IN HOLLYWOOD. Lorenza is perhaps best known for her stand out performance in the Sundance hit KNOCK KNOCK, starring opposite Keanu Reeves and Ana De Armas. She co-starred in Dan Fogelman's LIFE, ITSELF and Amblin's THE HOUSE WITH THE CLOCK IN ITS WALLS, opposite Cate Blanchett and Jack Black. On the TV front, she booked the lead of the 2018 Amazon pilot, UNT. CATALINA MASTRETTA and shortly before, was a series regular on the AMC series FEED THE BEAST. Among an impressive list of credits, she has also appeared on the final season of Hulu's CASUAL and DIMENSION 404.  She has recently starred in a campaign for Adidas and was the face of Toyota's C-HR ads.

Irene Franco Rubio is an activist, writer, and community organizer from Phoenix, Arizona. A young woman of Guatemalan and Mexican descent, Irene is rooted in community and devoted to the movements for social, racial, and environmental justice. Irene is committed to advocating for BIPOC communities through intersectional movement building, digital community organizing, and writing to uplift historically underrepresented stories and voices. She has a diverse array of professional advocacy experiences ranging from interning for Congresswoman Deb Haaland to organizing for Michelle Obama's nonprofit organization, When We All Vote, among other prestigious advocacy opportunities. While currently pursuing her undergraduate studies at the University of Southern California, in her capacity as a writer and public thought leader Irene is a Public Voices Fellow of the Op-Ed Project at the Yale Program on Climate Change Communication and continues to engage in advocacy as a Gen Z media professional centering her work at the intersection of activism, journalism, and justice as a global citizen & catalyst for change. For more on Irene's activism and writing, check out her portfolio at irenefrancorubio.com or on social media @IFrancoRubio.

About The Latinx Film and Media Association (LatiFAM)

The Latinx Film and Media Association (LatiFAM) aims to empower Latinx filmmakers and those interested in Latinx film by hosting monthly events to promote community and pride. LatiFAM monthly events will include a mix of guest speakers, screenings, and workshops, all to help students within our club to network, find new opportunities, and hone their craft. Through our shared love of Latinx culture and media, we hope all new members feel free to join us in this new familia and attend our upcoming programs. This club is not limited to film majors and is open to anyone interested in Latinx film and media.