A Special In-Person IMAX Screening of

Nominated for Best Documentary Feature
at the 94th Academy Awards® 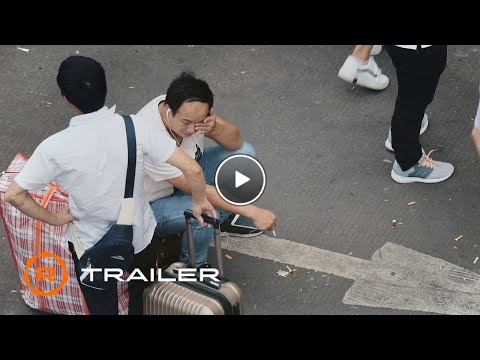 Ascension is an impressionistic portrait of China’s industrial supply chain that reveals the country’s growing class divide through staggering observations of labor, consumerism and wealth. The documentary portrays capitalism in China across the levels of its operation, from the crudest mine to the most rarefied forms of leisure. Accordingly, the film is structured in three parts, ascending through the levels of the capitalist structure: workers running factory production, the middle class training for and selling to aspirational consumers, and the elites reveling in a new level of hedonistic enjoyment. In traveling up the rungs of China’s social ladder, we see how each level supports and makes possible the next while recognizing the contemporary "Chinese Dream" remains an elusive fantasy for most.

In 2014, I first travelled to Yiwu, in Zhejiang, China, to create a portrait of China’s largest small-commodities market, which became my short film, COMMODITY CITY. Yiwu—a sprawling, semi-public space in which plastic flowers vie with cellphone cases and MAGA hats for the attention of wholesale buyers—is an absurdist image of capitalist excess. This place is a stopping point for mostly useless objects as they move from the factory to the outside world, where they will live a short life before being turned into polluting waste. I was drawn to the visual excess and paradox of Yiwu, and yet what struck me was not the inhumanity of its proportions and aims, but rather the human life that flourished within its boundaries: the families, the lunches, the humorous and canny bargaining between buyer and seller. I began to think about the ways in which this humanity is echoed throughout China’s behemoth market system, and I started to seek out spaces in which this paradox was exemplified. That journey across China and between class lines became my first feature documentary, ASCENSION.

Shot in 51 locations across the country, ASCENSION, like COMMODITY CITY, is an observational and essayistic film that poses questions through visual juxtaposition. This juxtaposition of wealth and poverty, movement and stasis, human and robot, among other contrasts, suggests complex and often coercive relationships between the various levels of capitalist enterprise without reducing them to simple equations. My aim in ASCENSION was not to offer answers about the moral value of China’s system, but rather to draw the viewer’s attention to the universal aspects of industrial creation and consumption, and pose questions about who benefits from industrial enterprise. In any nation, the benefits are rarely apparent at the bottom of the chain. I wanted to bring the viewer face to face with the most fundamental unit of the system, which is still the individual worker and the individual consumer. Because what captured my own attention most powerfully at every level were the human moments—a woman pausing in a plastic bottle factory to drink water from a thermos, a tough bodyguard trainer’s tenderness towards his pet goat, a butler-in-training seeking a quiet place to nap—which reveal the universal emotions that underlie this massive enterprise and which show the warmth and spontaneity that survive even in dehumanizing systems.

And yet, ironically, these human moments seemed most elusive at the top of the ladder, where hard work and tireless enterprise give way to leisure and enjoyment. Though we, in both China and the US, accept wealth creation as a narrative of ascent, in which the accumulation of capital and access to leisure are the ultimate reward, there was often a surrealist, absurdist, and even dystopian cast to the spaces of massive-scale recreational spaces that we shot. The vast crowds and endless repetition of these spaces echo the conveyor belt assembly line of the factory, and indeed seem to be its mirror image. Where does climbing the ladder really lead? Towards what goal do we climb? At what cost do we ascend?

These are universal questions, but perhaps nowhere are they magnified on such a scale as in contemporary China. What began for me, as a filmmaker, as an aesthetic interest in China’s hyper-capitalist spaces, has developed into a deeply personal and philosophical quest to explore some of humanity’s most timeless and universal questions about the paradox of progress.

The film is not an attempt to express a Chinese understanding of its economic system; nor is it meant to be an indictment of that system. I wanted, rather, to visually illuminate moments of paradox that felt universal and timeless within a very specific context. How does one depict the dignity of the individual and the worker in a system of indignities that often reaches the level of the absurd? My goal was not to single out China as an especial example of capitalist indignity but rather to use this “factory of the world” to illustrate the daily realities of industrial systems, both in one nation and around the world.

The title of the film comes from a poem that my great-grandfather wrote in 1912, just after the fall of the Qing empire. He reflected on the turmoil his generation was about to face through his poetry. His children, my grandparents, fled China in 1949 as the Communists came into power and established the People’s Republic of China. I wonder about what they would make of China today. Amidst this transformation, what are the “Chinese characteristics” that remain?

As a biracial Chinese-American, the liminal space I’ve occupied, both in China and America, has led to my preoccupation with the meaning of culture and the ways in which identity is performed. Where does something “Chinese” begin, and something “American” end? What does it mean that both countries strive to surpass each other, and are now locked in a trade war devastating economies worldwide? The interdependence of our supply chains tell us that neither nation stands alone. Perhaps in our globalized world, hybridity is not the exception but the rule. The status anxiety and the alienation of modern capitalism which are apparent in the film are states of being which I found profoundly familiar from my life in the United States. These are ways of being that are increasingly the norm across cultures, and not just in China.

My hope is that the familiarity of these anxieties will lead American viewers to question their own ideas about the differences and similarities between the two nations, and examine the unconscious biases they may hold about the superiority of their country.

This screening is free of charge and open to the public. A reservation confirmation will automatically be sent to your e-mail account upon successfully making an RSVP through this website. Doors will open at 2:30 P.M.