Outside the Box [Office], Artsploitation Films, and Kino Lorber,
invite you to attend

SHEEP WITHOUT A SHEPHERD We will screen Sheep Without a Shepherd (112 minutes) live during the webinar.

About Sheep Without a Shepherd 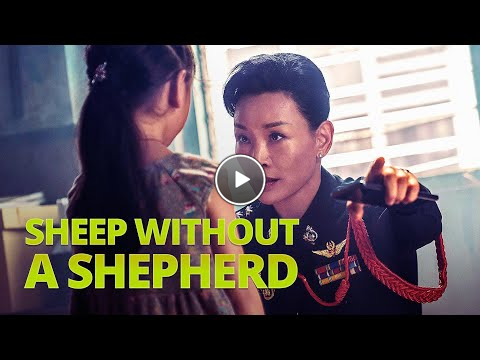 A re-make of the Indian/Malaysian film Drishyam, this Chinese box-office blockbuster is a Hollywood-esque cat-and-mouse crime thriller. Working family man and self-described movie-geek Li (Xiao Yang) is thrown into a battle of wits with the law after his daughter accidentally kills, and his wife hurriedly buries, a fellow student who had sexually molested her. The dead boy’s father is an ambitious politician, and his mother (Twin Peaks’ Joan Chen) is La Wen, a steely eyed, morally corrupt police chief. Utilizing his encyclopedic knowledge of crime cinema, Li concocts a complicated alibi but for La Wen, the crime is personal, and she smells a coverup. An inventive twisty-plotted tale of blackmail, murder and justice and the two families caught up in the deadly game.

"When Sheep Without A Shepherd goes big, it goes really big, both in terms of melodrama and directorial flair. Joan Chen is delightfully wicked as the morally compromised chief of a corrupt and abusive police department."
- AV Club

"Sheep Without A Shepherd is good fun being both an action flick and a heartfelt crime thriller at the same time."
- Film Threat

“A surprisingly entertaining Chinese thriller so popular that it blocked Star Wars: Rise Of Skywalker from the No.1 slot on its opening weekend in China. Chen puts in a ferocious turn as the brilliant yet detestable detective.”
- Metro