Outside the Box [Office], Queer Students in Cinematic Arts (QSCA), and Kino Lorber,
invite you to attend We will screen BloodSisters (70 minutes) live during the webinar. 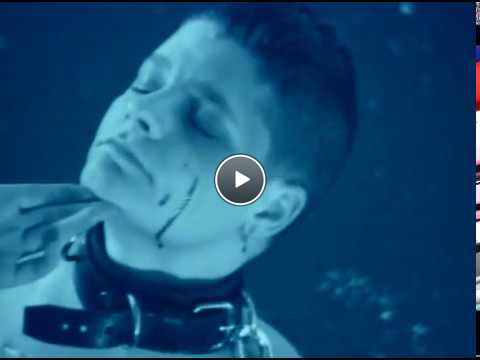 During the early 1990s, San Francisco was the epicenter of body modification and gender nonconformity, with transgender pioneers like Patrick Califia and Tala Brandeis fighting for visibility, alongside the voice of a bold S/M community. Michelle Handelman’s provocative and pioneering documentary BloodSisters captures these queer outlaws in their zeitgeist moment, shot on digital video with an unfiltered rawness that mirrors the activism of the era. From pushy bottoms to macho femmes, BloodSisters immerses the viewer in the San Francisco leather dyke scene, shattering assumptions about gender and lesbian sexuality, while broadening the discussion about personal expressions of eroticism and their political implications. In the 1990s, BloodSisters was attacked in congress by the American Family Association for its depictions of radical lesbian sexuality. Twenty-five years later, the film has become recognized as a treasured historical document of a movement that tore down barriers of sex, gender, and activism.

Michelle Handelman is a visual artist, filmmaker and writer whose work pushes against the boundaries of gender, race, and sexuality. Coming up through the years of the AIDS crisis and Culture Wars, her award-winning films have screened widely including The Museum of Modern Art, The British Film Institute, The American Film Institute, The Institute of Contemporary Art, London, Harvard Film Archives, The San Francisco Cinematheque, and The New York Film Festival at Lincoln Center. Her recent multiscreen installations Hustlers & Empires (2018); Irma Vep, The Last Breath (2013/15); Dorian, A Cinematic Perfume (2009/12); and This Delicate Monster (2004/07) are all large-scale, multichannel video and performance works that were successfully produced in partnership with multiple venues including the San Francisco Museum of Modern Art, PERFORMA, Broad Art Museum, MIT List Visual Arts Center, The Henry Art Gallery, Participant, Inc., REDCAT, and the Contemporary Austin.

She is a John Simon Guggenheim Fellow; a Creative Capital awardee; NYFA fellow, and recipient of many grants and awards. Her latest project Hustlers & Empires (2018) was commissioned by the San Francisco Museum of Modern Art and her writing has been published in many journals and anthologies, including Framework: The Journal of Cinema and Media. Her work has been written about extensively in The New York Times, Artforum, Art in America, The Village Voice, BOMB and The New Yorker. During the 1990s Handelman was based in San Francisco where she produced and directed the award-winning feature documentary BloodSisters: Leather, Dykes and Sadomasochism (1995), now being re-released by Kino Lorber for its 25th anniversary. She is an Associate Professor in the Film, Media and Performing Arts department at the Fashion Institute of Technology, NYC.