I CARRY YOU WITH ME: A Live Q&A with Writer/Director/Producer Heidi Ewing

I CARRY YOU WITH ME
(Te Llevo Conmigo) This event is part of a series of Pride Month events, activities, and resources sponsored in collaboration by USC Libraries and multiple campus groups. Please view the USC Libraries Pride Month page at https://libraries.usc.edu/pride for more information.

About I Carry You With Me 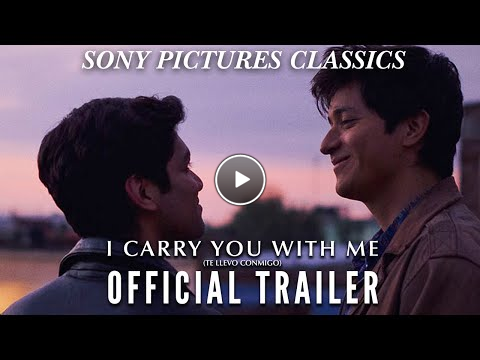 Based on true love, this decades spanning romance begins in Mexico between an aspiring chef (Armando Espitia) and a teacher (Christian Vázquez). Their lives restart in incredible ways as societal pressure propels them to embark on a treacherous journey to NYC with dreams, hopes, and memories in tow.

I CARRY YOU WITH ME (TE LLEVO CONMIGO) will mark Heidi’s debut as a narrative director. As a documentary filmmaker, she is known for special access and a bold visual style. JESUS CAMP, which she co-directed with frequent collaborator Rachel Grady was nominated for the 2007 Academy Award.

In 2017 she premiered ONE OF US (Netflix) at the Toronto International Film Festival. The film is a rare look inside Brooklyn’s cloistered Hasidic community. NORMAN LEAR: JUST ANOTHER VERSION OF YOU is a wry and inventive take on the TV legend’s peripatetic life. The film, which debuted on Opening Night at the 2016 Sundance Film Festival, was theatrically released by Music Box Films. In the lyrical DETROPIA (2012), Heidi returns to her hometown of Detroit to learn what its attempts at renewal mean to the rest of the nation. This haunting city symphony won the editing prize at Sundance, received an Emmy, and enjoyed a successful theatrical run. 12TH & DELAWARE (HBO, Sundance 2010) is a searing portrait of a street corner in Fort Pierce, Florida, where a crisis pregnancy center and an abortion clinic are locked in battle. The film received a Peabody award.

Other notable films include THE BOYS OF BARAKA (ThinkFilm), THE EDUCATION OF MOHAMMAD HUSSEIN (HBO), THE KID WITH THE DOG (Netflix), BRANDED (ESPN), and FREAKONOMICS (Magnolia Pictures). Heidi recently completed LOVE FRAUD, a 4-part series for Showtime that tracks a wily con man who breaks open the hearts and wallets of his unsuspecting victims. The series will premiered on Opening Night at the 2020 Sundance Film Festival. Ewing, Rachel Grady and Pulitzer Prize winner Ronan Farrow are currently working on ENDANGERED (HBO), a film on at-risk journalists around the world. She is a proud member of the Directors Guild of America and the Academy of Motion Picture Arts and Sciences, and the co-owner of Brooklyn’s Loki Films.

Bree Russell is the Borrowing Library Supervisor in Interlibrary Loan & Document Delivery with the USC Libraries. She has worked with USC Libraries for six years and recently received her Master's of Library and Information Science from Kent State University. She is a School of Cinematic Arts alum, receiving her MA in Cinema and Media Studies in 2015.

Join us throughout June 2021 for online events and activities to observe LGBTQIA+ PRIDE MONTH and celebrate diversity and intersectionality. We denounce discriminatory legislation and policies against the trans community and trans youth as well as systemic oppression and violence against people of color. We stand against violence and transphobia, homophobia, racism, sexism, xenophobia, bigotry based on religious affiliation, classism, ableism, ageism, and all forms of oppression. #FightOn

FOR A LIST OF ALL EVENTS GO TO: libraries.usc.edu/pride