FINDING YOU: A Live Screening and Q&A with SCA Alumnus Brian Baugh

Outside the Box [Office] and Roadside Attractions
invite you to attend Written, Directed, and Produced by Brian Baugh
Based on the book There You’ll Find Me by Jenny B. Jones
Produced by Ken Carpenter, Julie Ryan, and Stephen Preston

Followed by a Q&A with SCA Alumnus Brian Baugh

We will screen Finding You (115 minutes) live during the webinar. 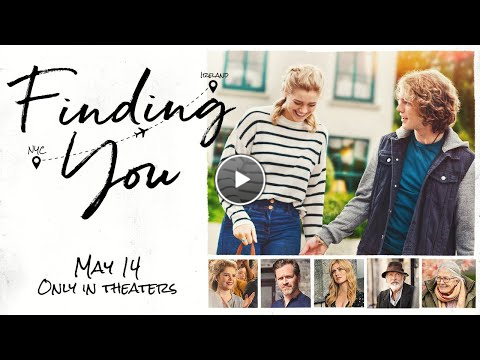 Finding You is an inspirational romantic drama full of heart and humor about finding the strength to be true to oneself. After an ill-fated audition at a prestigious New York music conservatory, violinist Finley Sinclair (Rose Reid) travels to an Irish coastal village to begin her semester studying abroad. At the B&B run by her host family she encounters the gregarious and persistent heartthrob movie star Beckett Rush (Jedidiah Goodacre), who is there to film another installment of his medieval fantasy-adventure franchise. As romance sparks between the unlikely pair, Beckett ignites a journey of discovery for Finley that transforms her heart, her music, and her outlook on life. In turn, Finley emboldens Beckett to reach beyond his teen-idol image and pursue his true passion. But when forces surrounding Beckett’s stardom threaten to crush their dreams, Finley must decide what she is willing to risk for love.

Brian Baugh is an American director, screenwriter and producer known for his commitment to telling socially relevant and inspiring human stories that span genres. They include the 2019 drama The World We Make and 2016’s I’m Not Ashamed, which was lauded by audiences during its theatrical release and nominated for a GMA Dove Award for Most Inspirational Film. He has also written over a dozen screenplays, several of which are in the production pipeline. Although his work has taken him around the world, Baugh has been based in Los Angeles since graduating from USC’s School of Cinematic Arts.