Outside the Box [Office], StudioCanal, and Apple TV+
invite you to attend

All nine short form episodes of Calls
will be screened live during the webinar (148 minutes total). 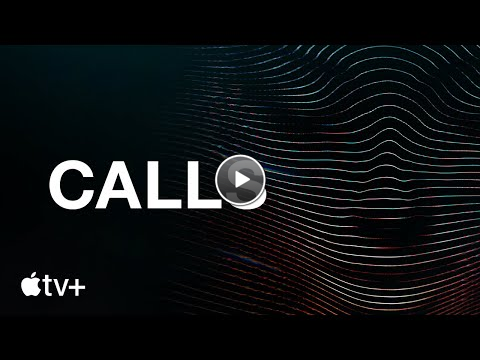 Based on the buzzy French series of the same name, Calls is a groundbreaking immersive television experience that masterfully uses only audio and minimal abstract visuals to tell bone-chilling snackable stories. Launching in a binge model worldwide, all nine 12-minute episodes are told through a series of phone calls that use sharp writing, compelling voice talent and graphics to aid in transcribing the darkly dramatic conversations onto the screen. These relatable scenarios transport the audience into familiar situations that quickly become surreal with thrilling and frightening moments. Featuring Lily Collins, Rosario Dawson, Mark Duplass & more, Calls proves that the real terror lies in one’s interpretation of what they cannot see on the screen and the unsettling places one’s imagination can take them.

Fede Alvarez is a Uruguayan filmmaker whose career was launched in 2009 when he released his short film Panic Attack! on YouTube to wild acclaim. Soon after, Alvarez was approached by Sam Raimi and Rob Tapert’s Ghost House Pictures to co-write and direct the 2013 reboot of EVIL DEAD. Penning the script with his writing partner Rodo Sayagues, Alvarez worked to bring Raimi’s vision to modern audiences.

Alvarez re-partnered with Ghost House to bring the 2016 low budget Horror Thriller DON'T BREATHE to cinemas. Telling the story of a blind man who might be more than he first appears, Alvarez’s film explored how sound design can wildly affect an audience’s appreciation of horror. Following DON'T BREATHE, Alvarez directed the 2018 THE GIRL IN THE SPIDER’S WEB, an English Language reboot of THE GIRL WITH THE DRAGON TATTOO series.

While writing, directing, and producing Calls throughout 2020, Alvarez, through his Bad Hombre production banner, also produced DON'T BREATHE 2, which he co-wrote, and the reboot of TEXAS CHAINSAW MASSACRE. Both films are currently in post-production.

Shana serves as the Chief Creative Officer of US operations. During her tenure at STUDIOCANAL, Shana has guided numerous film and TV productions from development to delivery, acting as the bridge between Europe and America for creative and enterprise objectives.

Prior to her time at STUDIOCANAL, Shana was a key player in the founding of AVOD streaming service, Pluto.tv, which sold to Viacom. Starting her career at United Talent Agency, she helped to found the independent packaging department – packaging and selling finished films as well as representing countless acclaimed writers and directors.

Shana graduated from the University of Southern California with a degree in Business and a minor in Film Studies. She did post graduate studies at the Sorbonne.