Outside the Box [Office] and Saban Films
invite you to attend We will screen Initiation (97 minutes) live during the webinar. 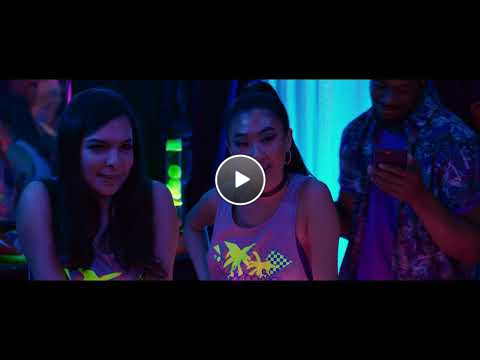 During a university’s pledge week, the carefree partying turns deadly serious when a star athlete is found impaled in his dorm. The murder ignites a spree of sinister social-media messages, sweeping the students and police into a race against time to uncover the truth behind the school’s dark secrets…and the horrifying meaning of a recurring symbol: a single exclamation mark.

Originally from Norman, Oklahoma, John always had an immense drive and the ability to expand his creative boundaries. Before starting the Cinema Production MFA program at USC, John received a BA from UCLA in Theatre directing and playwriting with a minor in Film, Television, and Digital Media. In 2013 John directed short horror film, Dembanger, about the dangers of social media and which received positive reviews and was the inspiration for Initiation. Initiation was made for the Media Institute for Social Change, an institute with a mission to educate with entertainment. In 2014 he directed iLA as part of Giorgio Armani’s Films of City Frames which premiered at TIFF the same year. In 2017 John directed a short film, Strings, produced by James Franco as part of feature anthology, The Labyrinth. After graduating USC, John co-founded production company, Shatterproof Films, with co-writer and producer Brian Frager. Initiation is his feature debut.

A specialist in the emerging world of interactive storytelling, Brian bridges the technical and creative elements through a diverse background in film production, coding and game engine development. His projects have appeared in SXSW, Sundance New Frontiers, the Cannes Lions New Directors’ Showcase, Venice Biennale Film Festival, the New York Television Festival, Screamfest, and more. He served as the Lead VR/AR Experience Producer at the Technicolor Experience Center, exploring projects that pushed the limits of interactive Virtual, Augmented, and Mixed Reality Experiences with a focus on virtual production. He studied Creative Writing as a Regents Scholar at UCLA before receiving his M.F.A. from the USC School of Cinematic Arts. His USC capstone short film Hunger was a NBCU National Short Film Semi-Finalist and won a Wes Craven Horror Award at the Catalina Film Festival. He co-founded Shatterproof Films with director John Berardo and co-wrote and produced Initiation, which is their debut feature.

Lindsay grew up in Missouri spending her Summers camped under the Ozark stars and on the stage with The Muny Opera. She headed west for a B.A. degree from UCLA, and went on to Germany and Italy to train in specialized forms of theatre performance. Since, she’s worked as an actor in television, theatre, and film, while also serving as a Special Projects Manager for a non-profit close to her heart. Her 20-minute short film, Trying, was completed in September of 2020, and will be seen in 2021 film festivals. She co-directed, co-wrote, co-produced and performed in the short film, and the feature film script has now been completed. She currently splits her time between Los Angeles, Austin, and Mississippi as she's writing a Sci-Fi that takes place in the South. Loves a good bonfire and ghost story.

Hailing from Atlanta, GA, and based in Los Angeles, Jonathan’s work has been recognized, nominated, and screened at festivals around the world - including SXSW, Sundance, Cannes, and more. Recently, he completed work on three feature films, including the horror-thriller, Initiation, the LGBTQ documentary The Sound of Identity, and The Social Dilemma - which premiered at the 2020 Sundance Film Festival to a standing ovation. While at Sundance, Jonathan was one of seven cinematographers to be interviewed by Zeiss as part of their 2020 Cinematography series. Additionally, 2019 saw the theatrical release of the dramatic feature film, Hold On. Jonathan earned his MFA in Film & Television Production from the University of Southern California's School of Cinematic Arts and graduated Magna Cum Laude with a Bachelor's degree in Digital Filmmaking from Georgia Southern University.

Kristina Lyons is an editor and writer from Massachusetts. She earned her MFA from the USC School of Cinematic Arts, where she edited the short film that served as the basis for Initiation. She’s thrilled to have reunited with the team for the feature.