Outside the Box [Office], American Masters, and Stick Figure Entertainment,
invite you to attend Followed by a Q&A with Steven Cantor

We will screen Twyla Moves (82 minutes) live during the webinar. 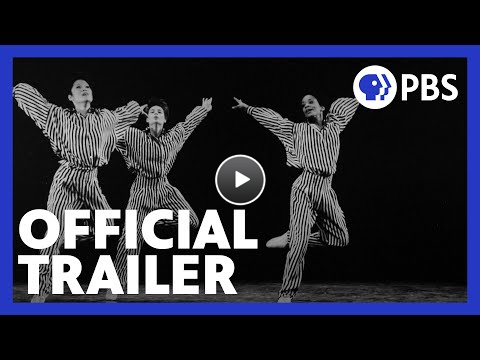 A pioneer of both modern dance and ballet, Tharp discusses her inspiration and the process behind creating her trailblazing dances, such as “Fugue,” “Push Comes to Shove” and “Baker’s Dozen,” her cinematic partnership with Miloš Forman (“Hair,” “Amadeus,” “Ragtime”) and her wildly successful Broadway career collaborating with such luminaries as Billy Joel, Frank Sinatra and David Byrne. Reflecting on her road to success and her quest to constantly evolve as a person and a choreographer, Tharp shares her stories of triumph and defeat, and how she remains deeply in love with dance. The documentary also features interviews with her family, friends and closest collaborators: the dancers, choreographers, directors and musicians she’s worked with and influenced throughout her life, including Joel, Byrne, Copeland, Cornejo, Khoreva and more.

Steven Cantor is the founder of New York City-based Stick Figure Productions. In 2017, Steven produced STEP, which premiered at the 2017 Sundance Film Festival where it won a Special Jury Prize. The film was acquired by Fox Searchlight in a record-setting deal and won numerous awards after its worldwide theatrical release.

Prior to that, Steven produced and directed DANCER, which tells the story of the controversial ballet star, Sergei Polunin. A BBC Film, it was theatrically released in 35 countries and won Audience Awards at both the Warsaw and Amsterdam Film Festivals as well as a nomination for a 2017 PGA award for Best Documentary.

Steven received an Oscar nomination for his first film, BLOOD TIES: THE LIFE AND WORK OF SALLY MANN, about the notorious photographer. He also received an Emmy Award nomination for the HBO/Channel 4 UK DEVIL’S PLAYGROUND, about the rebellious tendencies of Amish teens and two nominations for the HBO/BBC film WHAT REMAINS, which revisited Sally Mann to follow the creation of a body of work on the nature of decay. Steven directed the HBO film, NO ONE DIES IN LILY DALE, about a town of psychic mediums and CHASING TYSON, an ESPN ‘30 for 30 about Mike Tyson and Evander Holyfield.

Steven won an Emmy award for his PBS American Masters film WILLIE NELSON: STILL IS STILL MOVING and was nominated for an Emmy for producing and directing the ESPN film CUTTHROAT, about injured NHL goalie, Clint Malarchuk. He also produced and directed the Sundance film LOUDQUIETLOUD, about the reunion of the rock band, Pixies.

Steven was nominated for two Emmys for HBO’s I AM AN ANIMAL, about PETA founder, Ingrid Newkirk as well as two for HBO’s REPORTER: A FILM WITH NICHOLAS KRISTOF, which followed the NYT columnist to the Congo in search of a story. He produced UNRAVELED, a Showtime film which follows the disgraced lawyer Mark Dreier through his two-month house arrest prior to his sentencing.

In addition, Stick Figure has an ongoing partnership with Paul Allen’s Vulcan Productions and Executive Producer, Elisabeth Moss to create films and series on the classical arts, in particular, ballet. Their first feature, BALLET NOW, which Steven produced and directed, follows NYCB superstar, Tiler Peck, as she curates and stars in a show at LA’s Music Center.