Outside the Box [Office] and Entertainment Squad
invite you to attend Followed by a Q&A with SCA Alumnus Inon Shampanier

We will screen Paper Spiders (110 minutes) live during the webinar. 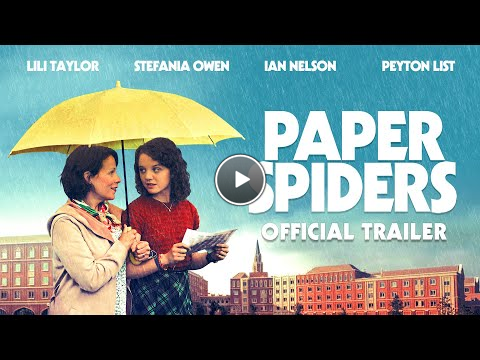 Recently widowed Dawn experiences growing anxiety as her daughter Melanie plans to move away for college. An altercation with a hostile new neighbor aggravates Dawn’s mental condition and she begins to show signs of paranoid delusions. Melanie attempts a series of interventions to help her mom, but Dawn’s paranoia spirals out of control. Challenging Dawn’s reality of persecution threatens to destroy their loving relationship. Melanie is forced to make the toughest of choices as she struggles to keep her mother afloat. A bittersweet story about coming of age in the shadow of mental illness.

Inon Shampanier is a writer-director and graduate of USC's film production program '07, working together with his wife and co-writer Natalie Shampanier. Their last film "Paper Spiders" starring Lili Taylor and Stefania Owen won Best Film at the Boston Film Festival, and will be released theatrically and on demand on May 7. Inon's directorial debut was the thriller "The Millionaire Tour" starring Dominic Monaghan. Inon and Natalie also wrote the film "Beautiful & Twisted", starring Rob Lowe, Paz Vega and Candice Bergen. They live in Los Angeles with their 3 children.

Paper Spiders is a bittersweet story about coming of age in the shadow of mental illness. The film is a journey from comedy to tragedy — much like the life of its main characters, and the personal lives of my co-writer and wife Natalie, her mother, and myself, over the past decade.

Natalie’s mother passed away five years ago, but in a way we lost her years before. She was a loving mother, a sweet and funny woman with a quirky sense of humor - and a victim of persecutory delusional disorder. Like others afflicted with paranoia, she was extremely resistant to treatment. As a therapist, Natalie explored all strategies to help her mom, but to no avail. Challenging her reality threatened to hurt their loving relationship.

In telling a story inspired by our experiences, we wish to shed light on the unexplored subject of delusional disorder, and the pain mental illness inflicts on individuals and family members. The tonal shift from comedy to tragedy reflects the manner in which quirky neurosis can develop into full-fledged psychosis, and a loving relationship can deteriorate into catastrophe and heartbreak.

We are releasing the film in May – Mental Health Awareness Month – in hope that the film will be able to contribute to personal and public conversations about supporting individuals with mental illness and overcoming the shame that is attached to discussing the topic. We are deeply grateful for the continued support of NAMI – the National Alliance on Mental Illness.

The film features outstanding performances from Lili Taylor and Stefania LaVie Owen as well as our terrific supporting cast, including Peyton List, Ian Nelson, David Rasche, Max Casella, Michael Cyril Creighton and Tom Papa. It was a true labor of love for the cast and crew, the supportive community of Syracuse NY where the film was shot, and for our wonderful producers Anne Clements, and Ash Christian - who sadly just passed away at the age of 35. He was a real champion of indie cinema, and will be missed by everyone who collaborated with him on the making of this film.