USC Comedy Festival, Vol. 5 Presents: SPOTLIGHT ON FX'S WHAT WE DO IN THE SHADOWS

USC Comedy at the School of Cinematic Arts and
USC Visions and Voices: The Arts and Humanities Initiative
invite you to attend

Spotlight on FX's
WHAT WE DO IN THE SHADOWS About What We Do in the Shadows 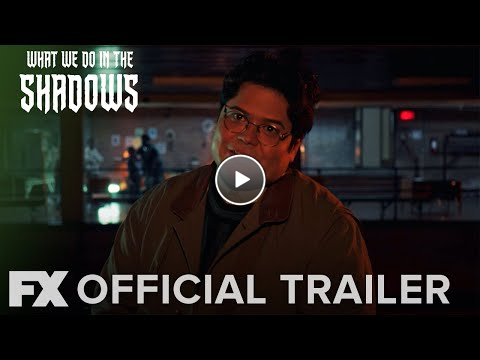 What We Do in the Shadows follows four vampires who’ve “lived” together for hundreds of years. In Season 2, the vampires will try to find their way in a world of human Super Bowl parties, internet trolls, an energy vampire who gets a promotion and becomes drunk on power and of course, all the ghosts, witches, necromancers, zombies and shadowy cloaked assassins who roam freely in the Tri-State area. Paul Simms has written for The Larry Sanders Show, Flight of the Conchords, Girls and NewsRadio, which he created. He began his career at SPY Magazine and is a frequent contributor to The New Yorker. Simms also serves as an executive producer on FX’s critically acclaimed Golden Globe®-winning series, Atlanta.

Sam Johnson started his comedy writing career as an editor at the National Lampoon magazine in the early ‘90s, followed by a job writing for Beavis and Butt-Head. He and his writing partner Chris Marcil wrote episodes of The Adventures of Pete & Pete, as well as the pilot episode of Daria before leaving MTV to write for NewsRadio. Since then, Johnson has written for Frasier, How I Met Your Mother, Hot in Cleveland, Disjointed and many others. He is married to Julie Bean, also a writer, and has two children, Ivy and Nate. He is in the Omaha Central High School Hall of Fame.

Associate Adjunct Professor of Cinematic Arts Chris Marcil has almost all the same credits as Sam Johnson, as they have written together since they were assigned to each other as roommates in college. He is married to the novelist Julia Claiborne Johnson, whose book "Better Luck Next Time" is in bookstores now. His high school was shut down by the diocese.