The event will begin with a screening of the Woke Season 1 Finale
"Blue Lies Matter" (27 min.)

Keith Knight is an award-winning cartoonist whose “Knight Life Chronicles,” and “(th)ink” strips ran for more than a decade in such newspapers as the Washington Post, the San Francisco Chronicle and the Boston Herald. Knight’s funny yet hard-hitting cartoons fuel a comic strip slideshow he tours on America's racial illiteracy called Red, White, Black and Blue. Combining cartoons, storytelling, historical facts, and humor, the slideshow scored him a Belle Foundation grant and a NAACP History Maker award. Knight is also the illustrator of the critically acclaimed tween book, “Jake the Fake Keeps It Real” and he will beat you at pinball.

Marshall Todd currently serves as Executive Producer and co-creator of the Hulu series Woke. Todd’s big break came after the sale of his screenplay TWILIGHT'S LAST FADING (aka ONE NATION) to producers Dean Devlin and Roland Emmerich. Since then Todd has become a highly sought-after script doctor working for producers Larry Gordon and Jerry Bruckheimer, including an uncredited rewrite of BAD BOYS 2. From there he became the co-writer of the hit movie BARBERSHOP and ventured into television, selling pitches to USA Network and HBO. After experiencing the rollercoaster ride of big-budget studio writing, Todd decided to take some time away from Hollywood to focus on his next chapter. Back from his sabbatical, he immediately set-up his spec D-TOWN with producer Billy Chartoff (CREED) as well as the half hour comedy Zipcoders with Oscar winner Viola Davis at ABC. Todd currently resides in Los Angeles and is a graduate of Howard University.

Maurice “Mo” Marable is an experienced Emmy® nominated producer and director. Marable most recently executive produced and directed the entire last three seasons of IFC’s Brookmire with Hank Azaria. He spent several years working as HBO’s in-house Creative Director where we received a nomination for directing the title sequence of Big Love, and introduced the world to Vince and the gang directing the iconic opening for Entourage. After directing Julia Louis-Dreyfus and Vice President Biden in a parody short that opened the 2015 White House Correspondents’ Dinner, he was asked to direct an episode of Veep, which led to many more episodic engagements including Insecure, Suits, The Last O.G., The Game, Lodge 49 and Hap and Leonard. Marable got his start as head of physical production for Spike Lee, later founding his own company Brim + Brew, which is still an active advertising production company.

Desa Philadelphia has worked as a journalist for many years, in staff positions at The PBS NewsHour and Time Magazine, as a contributor to CNN, and as a freelance writer, covering politics, culture and entertainment. She has also provided analysis on politics and entertainment for regional and national television and radio programs, on networks that include NPR, PBS and MSNBC. Prior to coming the SCA, Desa was a founding partner of Language Fish LLC, a communications consulting and translation services firm.

Desa is a graduate of City College of New York (CUNY), where she earned a Bachelor of Arts degree in English Literature; and the University of Southern California, where she earned a Master's in Public Diplomacy, a joint degree from the Annenberg School for Communication & Journalism, and the School of International Relations. She is the author of 111 Shops in Los Angeles That You Must Not Miss—an exploration of the city’s history and personality through the lens of its retail culture. 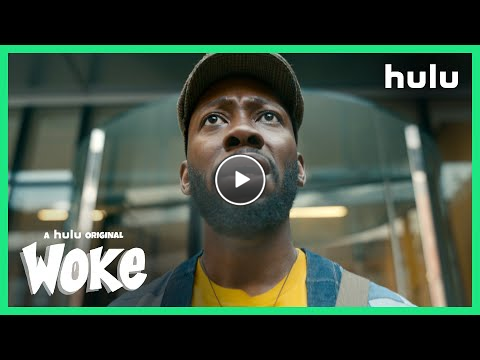 Inspired by the life and work of artist Keith Knight, comedy series Woke takes an absurdly irreverent look at identity and culture as it follows Keef, an African-American cartoonist finally on the verge of mainstream success when an unexpected incident changes everything. With a fresh outlook on the world around him, Keef must now navigate the new voices and ideas that confront and challenge him, all without setting aflame everything he’s already built.