From Pitch to Peabody

A Conversation with Billy Rosenberg, Vice President,
Hulu Originals, Head of Comedy
&
Ramy Youssef, Creator & Star of Hulu's Ramy
on the nuts and bolts of how comedy is developed The event will begin with a screening of the
Ramy Season 2 Premiere - "Bay'ah" (29 min.)

Before joining Hulu, Rosenberg ran Andy Samberg and The Lonely Island’s company Party Over Here, where he produced the series, I’m Sorry, created by and starring Andrea Savage, which has been picked up for its third season at TruTV and Alone Together which aired for two seasons at Freeform.  He also produced the feature film Brigsby Bear written by and starring SNL’s Kyle Mooney.  Additionally Rosenberg collaborated with writer/director Joe Swanberg and was a co-producer on his Netflix series Easy.

Prior to this, Rosenberg was a longtime executive for Shawn Levy’s 21 Laps Entertainment. There, he developed and produced a number of movies including The Spectacular Now, Date Night, The Watch, Table 19 and Fist Fight.

Rosenberg got his start as an executive working for producer Lynda Obst when she had a pod deal at Paramount Studios. He is a graduate from the University of Southern California School of Cinematic Arts.

Ramy Youssef is a Golden Globe-winning Egyptian-American creator, actor, producer, director, and comedian who brings his unique voice and perspective to his storytelling.

Youssef created, produced, directs, and stars in the hit show Ramy, inspired by his own experiences. Ramy centers around a first-generation Egyptian-American Muslim on a spiritual journey in his politically divided New Jersey neighborhood. Hulu recently picked up the third season of the show. Ramy’s first comedy special, “Ramy Youssef: Feelings,” produced by A24, premiered on HBO last Summer.

Youssef recently signed a first look deal with A24 and is working on creating and developing projects with Apple and Netflix. The first show for Apple will star Ramy series regular Stephen Way in a story illustrating the perspective and experience of a disabled person navigating life in a disabled community. Youssef will executive produce both this series and an untitled show currently in production with Netflix.

Ramy is a graduate of William Esper Studio and Rutherford High School in New Jersey.

Deana is the Program Director for the Middle East Media Initiative, an innovative professional exchange produced at the USC School of Cinematic Arts that seeks to support and train the current generation of Arab TV screenwriters and content creators in the Middle East in telling local character-driven stories.

In 2010, she served as the Hollywood Liaison for the Muslim Public Affairs Council, where she engaged decision-makers in the entertainment industry to promote and foster nuanced and accurate depictions of Muslim Americans and Muslim societies and provided access and opportunities to an expanding network of Muslim talent.

Her tenure as the Artistic Director at the Arab Film Festival led her to help co-found the Arab Film and Media Institute in 2015 in California to address the need to bridge Arab Filmmaking with American audiences. Deana attended Law School at Howard University School of Law in Washington, DC, where she studied Entertainment and International Law. 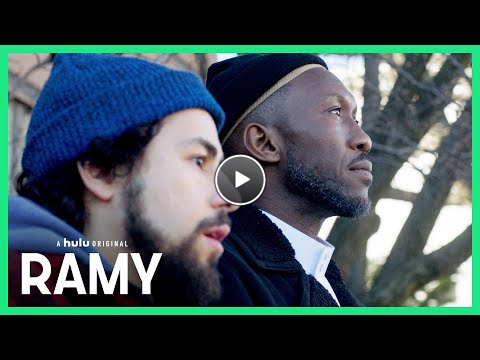 The series follows first-generation, Egyptian-American Ramy Hassan (Youssef) who is on a spiritual journey in his politically-divided New Jersey neighborhood. RAMY brings a new perspective to the screen as it explores the challenges of what it’s like to be caught between a religious community who believes life is a moral test, and a millennial generation that doubts an afterlife even exists. In the second season, Ramy delves further into his spiritual journey, finding a new Muslim community and embracing a deeper commitment to his faith.