Outside the Box [Office] invites you to a Live Screening of THIS EVENT WILL BEGIN WITH A SCREENING OF THE SHORT FILM 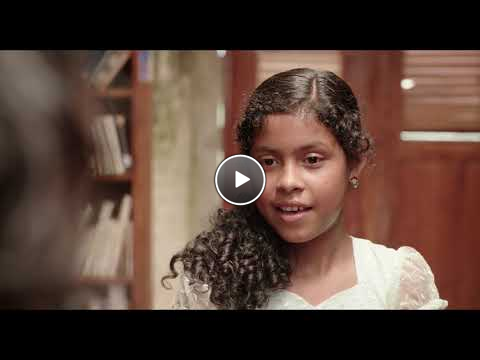 The mythic San Juan River located between the Atlantic and Pacific oceans in Nicaragua, symbolizes 500 years of colonization and exploitation of resources and has seen over 70 canal projects fail. Now, a Chinese businessman is attempting to control the inter-oceanic route that Columbus had desperately been looking for when he reached the 'New World'.

Actor and teacher Yemn returns to his native village El Castillo and turns the fortress ruins overlooking the San Juan river into a stage for the local youth theater group, a sanctuary for open discussion and critical thinking. While their families struggle with poverty and obligation to migrate to wealthy neighbor Costa Rica in order to make ends meet, the kids rehearse and write a play about their river’s history. They improvise and embody the numerous travelers who tried to control the river; pirates meet Spanish conquerors, American engineers fight against Indigenous chiefs.

Between reality and fiction, the kids reflect upon essential questions: What is their true identity? What can they learn from History? And at a time where freedom of speech has been repressed and a people’s revolt starts brewing, where is their country going to?

Julie Schroell is a filmmaker and audiovisual artist living in Berlin. Born in Luxembourg, she holds a double master's degree in Contemporary History, and Film Studies and Screenwriting from the Université Libre de Bruxelles. From an early age she has shown a strong desire to understand and capture the interaction between geopolitical circumstances, cultural contexts and individuals’ histories, perceptions and identity negotiations.

She started her career by directing a series of commissioned films, such as The Farmer's Blues (2011), in which she set out to portray the remaining farmers of her home country and discover how they cope with, and adapt to, the rapidly changing socio-political climate. The film was selected at numerous festivals around the world. Passionate about the documentary genre, Julie has since directed and produced several documentaries for major broadcasters, including RTL Luxembourg, France Télévisions, RTBF and Al Jazeera.

Cuentos del Río (‘River Tales’) is her first independent feature length documentary. The intimate approach and the inclusion of the protagonists’ in the making of the film are important characteristics of Julie’s work. Julie also seeks to widen her artistic horizon within filmmaking by exploring various genres and techniques. Her projects range from fiction filmmaking (Mister Rocket and his magnetic friends, 2015) to interdisciplinary approaches integrating theater, science, installation and film.

Njuokcamat (The tongues) from Victor Seguin on Vimeo.

The edge of the reindeers tongue holds all the lies and shall not be eaten. The one who eats it, will be a liar.

During a blizzard on the tundra, a Sami woman is herding her reindeer when she is attacked by a man. Her sister senses that something is wrong and starts looking for her. Wrapped in fear and confusion, both women will unite in their fight for revenge.

NJUOKCAMAT (“The Tongues”) is a strong visual and exploratory film story that deals with the taboo theme of the abuse of women in indigenous communities in Northern Norway. The story takes place in a wild and beautiful winter landscape where both nature and animals are essential elements of the story.

Co-director siblings Marja Bal Nango and Ingir Bal Nango live in the Tundra in arctic Norway and are the daughters of Sami indigenous reindeer herders, which is their heritage. The sisters also star in the film.